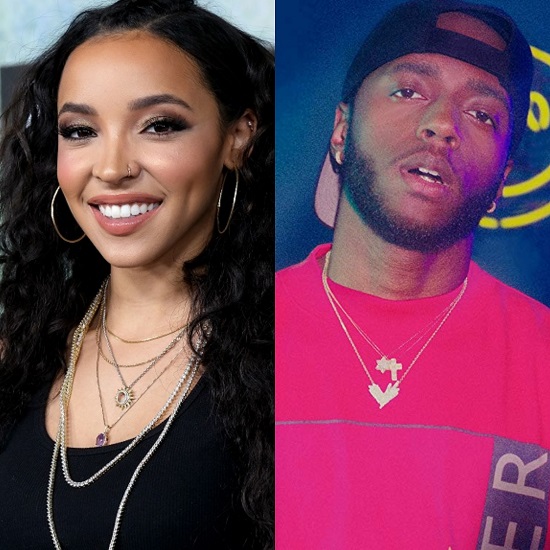 As we said before, being free from a major label grind looks good on Tinashe. The singer is shirking the usual chart chasing that comes along with that life in favor of making the music she wants. The results of that pursuit are songs like "Die A Little Bit," which allow her to pursue different sounds and styles. As she readies her upcoming project Songs For You, she drops the duet "Touch & Go" featuring in-demand singer/rapper 6LACK.

"Touch & Go" is a simmering track that shows the two artists navigating a relationship in the modern age. A moody synth arrangement mingles with programmed drums and even a few strings as Tinashe and 6LACK sing out their frustrations. "I just wanna fix this / But you don't wanna try / If you don't wanna be here / Then why are you on my line?" the songstress asks on the bridge before pleading that he meet her in the middle. 6LACK has his own grievances, including the round-and-round nature of their love affair. Both singers make a pretty good case though ultimately nothing is resolved by song's end — which is, sadly, just like real life. That being said, the chemistry between Tinashe and 6LACK on this track is undeniable, making this a solid choice as the second single from her project.

Though Tinashe's career was also touch and go for a while, we think that the performer might be finally finding her route. Guess we'll know for sure when Songs For You drops later this month on November 28th.