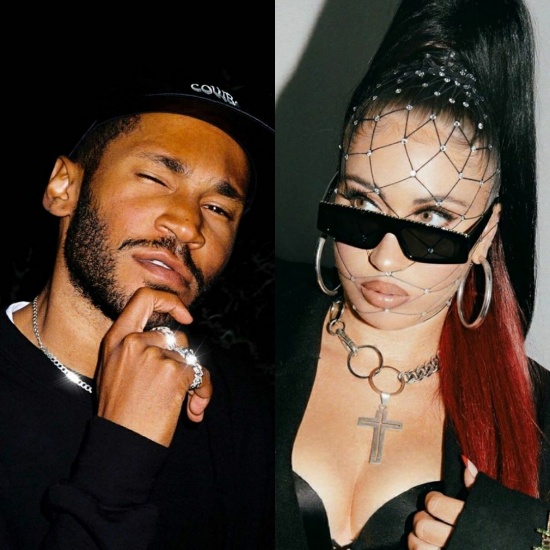 It has been over three years since producer extraordinaire Kaytranada released his debut studio album 99.9%. Since then, he’s been quite busy collaborating with a variety of artists, including Common, Phonte, The Internet and VanJess, all while dropping a few mixtapes and EPs along the way. Fans of the Canadian creative don’t have to wait much longer for new tunes from him, as he recently announced the release of his sophomore album BUBBA, which is due out this Friday, December 13th on RCA Records.

Kaytra’s early Christmas gift is chock full of star power and will feature the likes of Mike Jenkins, GoldLink, SiR, Iman Omari and Masego to name a few. The project’s lead single “10%” features songstress Kali Uchis and gives anxious fans a hint of the type of vibe they can look forward to on the forthcoming project. The uptempo bop and its infectious bassline are sure to get the party started and keep it going. In her sassy tone Kali tells of a case where imitation isn’t necessarily the highest form of flattery and she wants her cut. The track provides the perfect soundtrack for those vowing to move into an unbothered new year, leaving any dead weight behind.

Get your two-step on to Kaytranada’s “10%” featuring Kali Uchis, and check out the tracklist for BUBBA below. Be sure to pre-order the project on vinyl or your favorite digital platform before its release date. The good news just keeps on spreading as SoulBouncers in Australia and New Zealand can RSVP to catch Kaytra live as he promotes the new album during a brief tour in January.