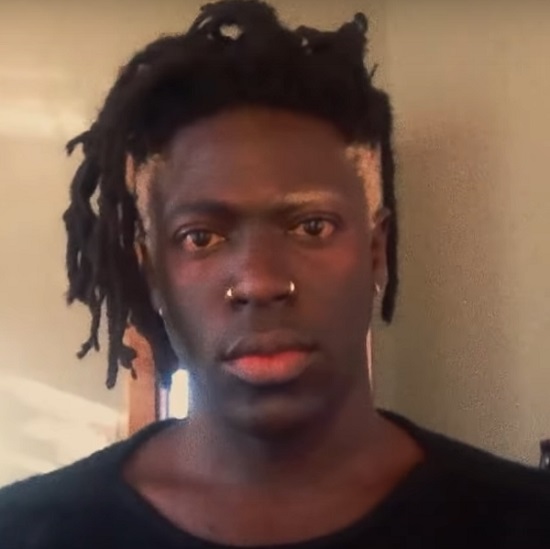 Love hurts. It's a fact of life that we should all learn to accept. After coming off an album where he shirked the idea of romance, it looks like Moses Sumney is ready to fall into the depths of love and all its complexities on his upcoming græ. He's already given us the transfixing song and visual "Virile." Now, he offers a take on the modern-day conundrum that is polyamorous love with new song "Polly."

The unconventional type of love might work for some but, based on the song, that's not the case for Moses. He sings the song of his aching heart over a simple guitar melody for "Polly," drawing attention to his touching and poetic lyrics. "You remain in motion / Bottom of the ocean / Not yet sick of sycophants / Telling you their true lies / Like 'no moon is higher," he sings on the opening verse before wondering if him splitting himself into two would make his love finally reciprocate the feeling. While many lyrics here will wrench the heart of anyone who's been in a similar situation, perhaps the most resonating are the song's simple refrain. "You love dancin' with me? / Or you just love dancin'?" he asks, the ache dripping from the words like tears.

Speaking of tears, the song's lyric video is full of them. We get a steady shot of the singer-songwriter with tears slowly rolling down his cheeks. The lyrics, meanwhile, display at the bottom of the screen as his emotions are laid bare.

Moses Sumney knows his way around a lyric and it looks like græ might be offering some of his best songwriting yet.