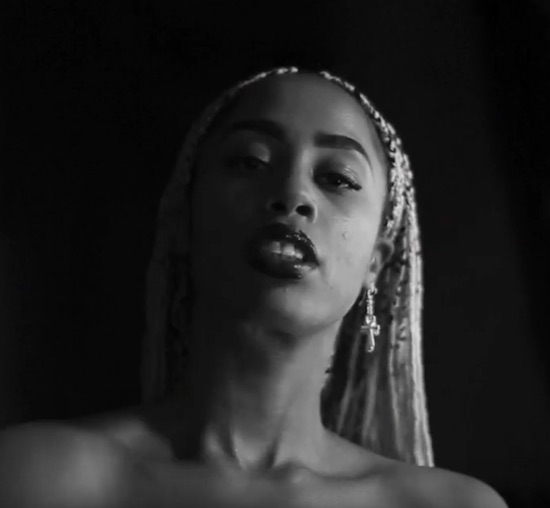 It's safe to say that singer Rochelle Jordan likes to take her time and perfect her craft. After all, it's been over two years since she released a single and over five years since she dropped her debut album, 1 0 2 1. Well lucky for her fans, Jordan felt the time was right to hit the studio and the result is her latest single, "Fill Me In."

On the new song, Jordan teams up with her longtime collaborator KLSH. "Fill Me In" finds her trying to get out of the friend zone with one of her close pals. She runs through a lengthy list of the reasons why he should throw caution to the wind and place his bets on her. She attempts to assuage any fears he may be having about taking a chance at love in her casual, singsong voice.

Of the song, Jordan says that it is her attempt to reconnect with her fans after being away for so long. "I know they've been waiting a while for me to open up and honestly, so have I," she explains. "I can be a little shy at times. So I want to start with this track and resume a conversation I so much missed having with them."

Now that she has gotten that reintroduction out of the way, she is now ready to turn her attention to completing her sophomore album, which is set to be released sometime in early 2020. Until then, be sure to reacquaint yourself with this talented singer and her latest song, available on all streaming services.