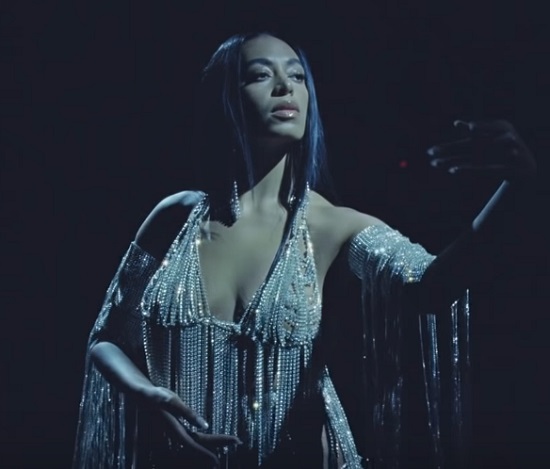 As 2019 comes to a close, we must give thanks to the artists who continue to push the boundaries of what art and music (especially soul music) can be. Solange, of course, is the patron saint of doing just that as evidenced by this year's When I Get Home and its corresponding performance art installation film. Last week, she announced that the film would be getting a director's cut (doing so by putting on a breathtaking show during a Tonight Show set). Now the extended version is finally upon us.

Those who caught the original film (which was an Apple Music exclusive) will notice changes immediately, including a revised opening, shortened versions of songs and added imagery. She keeps the bulk of the short film the same, though. That means you get to experience the Afro-futuristic majesty of "Stay Flo," the hypnotizing blackness of "Almeda" and her many tributes to her home state of Texas. The biggest and most interesting change comes at the film's end, though. We get a Solo dance performance to "I'm A Witness" that is then followed by an unreleased demo version of "Dreams." As the credits roll, we're treated to a sea of black people dancing in lockstep while donning bright, celebratory yellow. It's an unexpectedly moving scene that adds a bit of joy to the film's experimental exploration.

Solange has always been unflinching in her efforts to expand black art and this inspired director's cut is no different. Even better, she's made the 41-minute short available for all to see. Witness her expanded vision below.


TAGS:  solange
Previous: Esmé Issues A Dreamy Invitation On ‘Come With Me’ Next: Usher & Ella Mai Come Together On ‘Don’t Waste My Time’