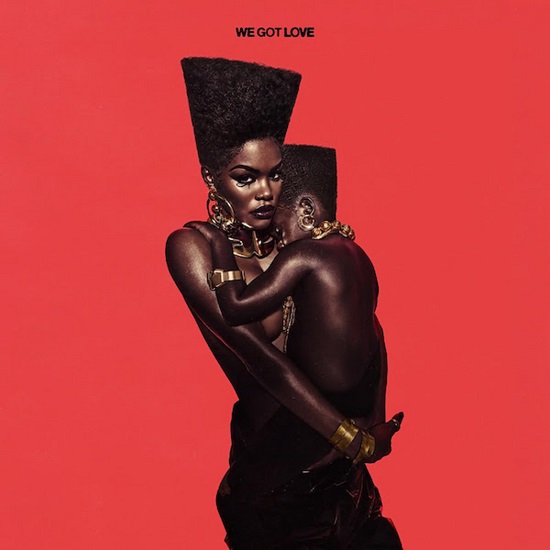 According to Teyana Taylor, she was supposed to drop her newest album today. The singer might have jumped the gun, though, as her third set The Album has yet to materialize. She didn't leave folks totally hanging, however. Instead of dropping the project today, she's released her new single "We Got Love."

If "We Got Love" sounds familiar, it should. Teyana performed the track alongside her boss Kanye West on Saturday Night Live during his ill-fated appearance back in 2018. Thankfully, this new version is Kanye free. That allows her to shine as she reflects on the love she has in her life. She shouts out her family on the track — even referencing the incredible story of the birth of baby Junie. That's not the only love she's speaking of, though. She also highlights the importance of self-love over the track's bumping kick drum. She then lets us know that love is the only currency we really need in this world. Near the song's end, the track evolves beyond The Younghearts sample used throughout. The music dissolves into just strings, making the closing of the track feel like something epic just occurred.

We definitely want a new album from Teyana Taylor sooner rather than later, especially after the way her label mishandled the rollout of her last effort K.T.S.E. We'll see how long we have until that happens and jam to "We Got Love" in the meantime.


TAGS:  audio, kanye west, teyana taylor, The Younghearts
Previous: Raphael Saadiq Is ‘Still Ray’ Alongside Lucky Daye At NPR Music’s ‘Tiny Desk Concert’ Series Next: Tamika Scott Drowns Her Sorrows With Some Help From Her Friends In ‘Go Outside In The Rain’