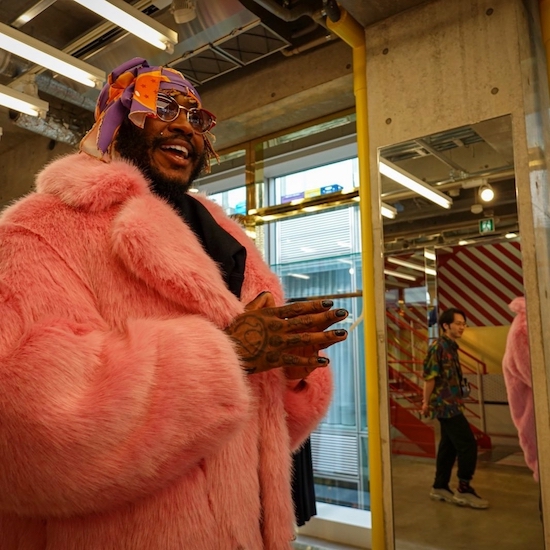 Thundercat is a wild dude. If you want to get a glimpse at just how wild, look no further than the teaser for his upcoming tour. The bass gawd is getting ready to hit the road starting in February 2020, but a mere press release announcing his tour dates wasn't enough. Thundercat enlisted the talents of director Zack Brown to shoot the 30-second trailer that will probably be the most bizarre and hilarious thing you'll watch all week.

Looking more like he's preparing for combat instead of a concert tour, we see Thundercat standing at a window with a gun, doing sit-ups with knives in each hand and holding an assault rifle. While all this action is shown in quick cuts matching the pace of the music playing, there are hilarious subtitles throughout. The newly svelte musician is dressed in a bright yellow bodysuit, and he's joined by his cat who looks on unbothered as cats do – even when Thundercat eats from a can of Fancy Feast (yes, the cat food). Just when you think you've seen it all, the clip ends in a cluttered bedroom with Thundercat simulating sex with a huge Snorlax stuffed toy as a stuffed Pikachu looks on. We're not sure whether to be amused, disturbed or both by this trailer, but Thundercat definitely has our attention.

Oh yeah, about that tour. Thundercat's Spring 2020 Tour kicks off in Vancouver on February 28th before trekking across North America all of March and into April. Cities that he'll visit include Seattle, Oakland, Denver, Toronto, Boston, Nashville, Atlanta and many more before wrapping up in Dallas on April 6th. Guests who'll accompany him on this tour have yet to be announced, but according to the video he's thinking about Soulja Boy or Teejayx6. Clearly Thundercat's got jokes.

Peruse the list of concert dates below, and make plans now to see this talented artist with a twisted sense of humor live on someone's stage next year. 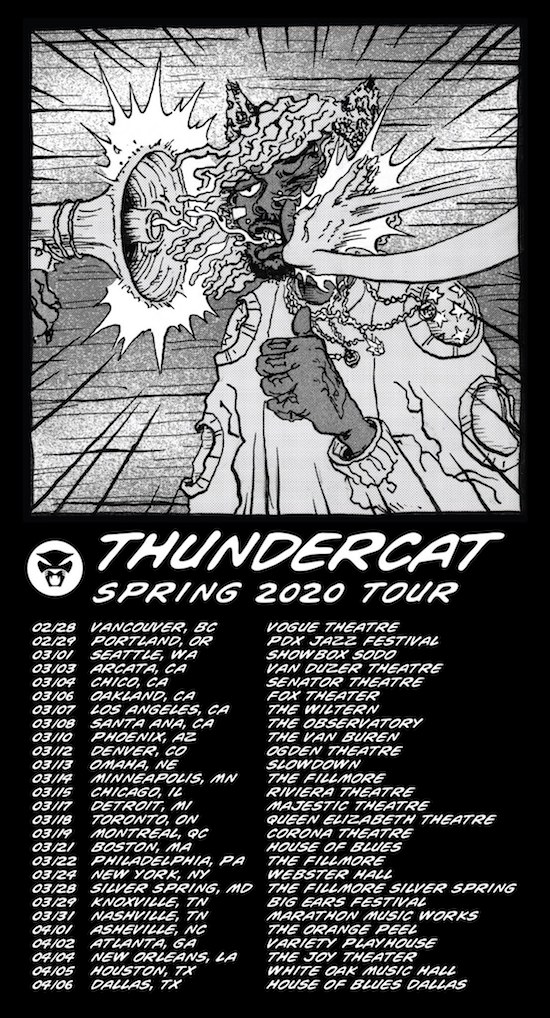 
TAGS:  thundercat, Zack Brown
Previous: Tamia Gives Hope For The Holidays With ‘Someday At Christmas’ Next: dvsn & Future Don’t Want ‘No Cryin’ In The Club