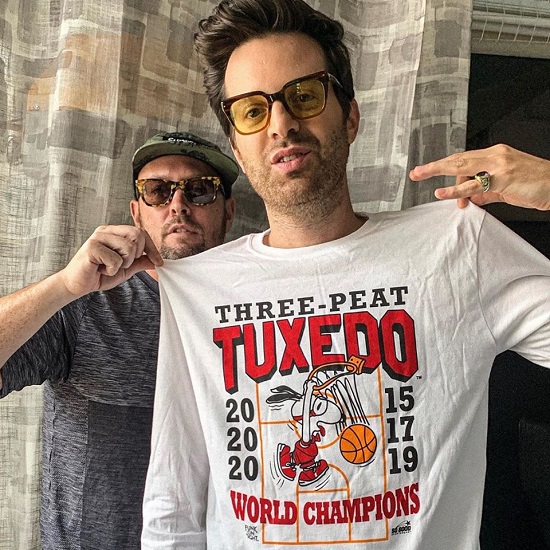 You already know that Tuxedo has jams for days, weeks, months and years. In fact, they've been sitting on two doozies that many didn't know existed for quite some time. For this year's Record Store Black Friday, though, they let the cats out of the bag by dropping a vinyl single featuring their track "Get The Money" featuring CeeLo Green and "Own Thang" featuring none other than Tony! Toni! Toné! But the fellas didn't just show vinyl lovers some love, as they also released both tracks to streaming services.

"Get The Money" is a straight-up party jam that feels good the moment it starts. For one, CeeLo's voice lends itself naturally to the band's '80s boogie aesthetic. Secondly, the song itself is pretty simple in its approach as it celebrates one thing we can all relate to: the joy of getting paid. The track's stellar synth production and addition of horns don't hurt, either. The duo gets deeper into their funk bag for "Own Thang." The bass line is stickier, the harmonies are smoother and the jam feels a bit more focused. The inclusion of the Tonies here isn't done in a flashy way here, either. Instead, they weave them into the song's fabric on the second verse. And then, just when you think you know everything about the track, the groove switches to something akin to Zapp & Roger's "Computer Love" as Tony! Toni! Toné! takes the lead and takes us out on a very nice note.

While the 7-inch vinyl was a Black Friday special release, the latest from Tuxedo is still available to purchase at record stores like Rough Trade (and others) while supplies last. We'd suggest you get on that while you give the two tracks a spin below.