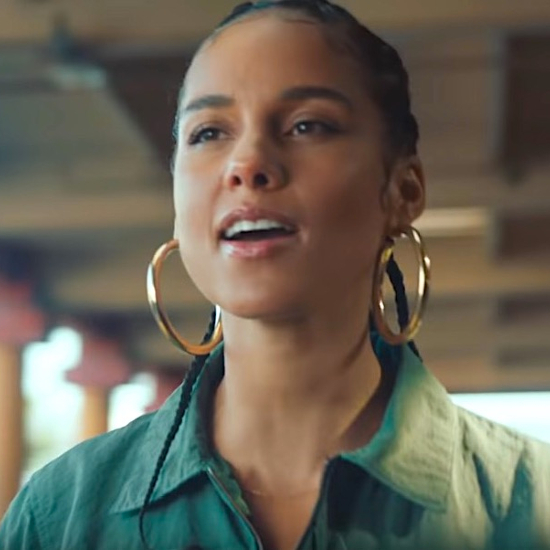 Alicia Keys is standing up for the “Underdog.” The R&B singer, who has always loved doing songs that empower and inspire her fans, wants people out there scratching and surviving, like herself as a young girl, to know that there’s always hope. “Some people may think of the word ‘underdog’ as a negative word, but I see it as a powerful word representing people who may be underestimated and yet still rise to the challenge and exceed expectations,” Keys said in a statement.

Co-penned with Ed Sheeran and co-produced by Johnny McDaid, the guitar-led ballad encourages the hustlers, single mothers and every dreamer dreaming the impossible dream to keep going. “They said I would never make it, but I was built to break the mold,” she preaches. Her message is underscored by the obligatory gospel chorus and light strings on the breakdown.

For the inspirational video, Keys and director Wendy Morgan showcase the stories of a few people going through their own beautiful struggles. There’s the man selling CDs out of his bookbag, the girl in the hajib going to prom, the latchkey kid taking care of herself and the single mother trying to make it home to hug her daughter. Keys, rocking a slight throwback to her original tomboy look, delivers her message from a community center surrounded by a bunch of kids.

“Underdog” is the latest single from Alicia Key’s forthcoming seventh album, ALICIA, due out sometime this spring. It follows “Show Me Love” featuring Miguel and “Time Machine.” Until the album drops, you can catch her hosting the GRAMMY Awards for the second year in a row, along with participating in their commemorative tribute to the Great Purple One, Prince. If that wasn’t enough, she’s also releasing her autobiography, More Myself, in March. 2020 is looking more and more like Alicia Keys' year.


TAGS:  alicia keys, audio, Ed Sheeran, johnny mcdaid, miguel, prince, wendy morgan
Previous: Khalid Takes Us On A Late-Night Ride On ‘Eleven’ Next: Will Smith & Jimmy Fallon Hip You To The History Of Will Smith On ‘The Tonight Show’