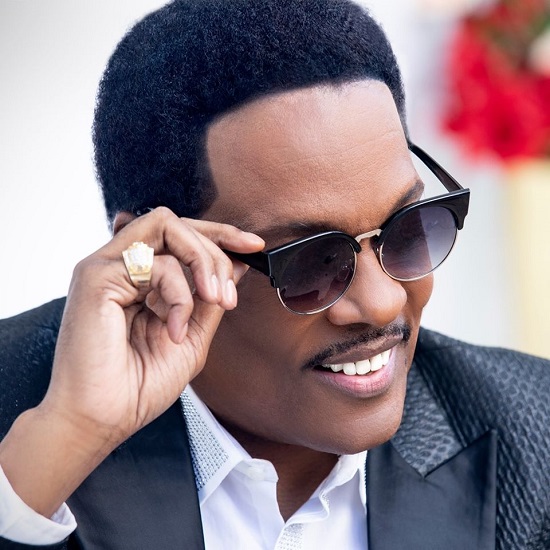 February is still a bit away, but everybody's favorite uncle Charlie Wilson isn't letting that stop him from sending a love letter to his adoring fans. The crooner, who last graced us with new music when he released his album In It To Win It, is back on the block with new single "Forever Valentine," and he's sure to wow everyone who will be looking for love when Valentine's Day comes around.

The track is the fruit of Charlie working with Mr. 24KT Magic himself, Bruno Mars, who co-wrote the song and co-produced it alongside duo The Stereotypes and D'Mile. The collaboration between the two is obvious from the start. While Charlie's signature sound is preserved, there are a few Bruno-isms prevalent in the production (not to mention that you can hear Bruno's voice all over the backing vocals). That's quite alright, though, as the two work pretty well together. Lyrically, the song is on point as it shirks the idea of waiting to celebrate your lady just one day of the year and even hints at making a much bigger commitment than flowers, candy and gifts on February 14th. The production is just as clever as the lyrics, with the song taking on the vibe of a stepper's groove meant to make you sway and swing with your lover in your arms. Wedding bells are even worked into the chorus to echo the idea of forever that Charlie is proposing in the romantic lyrics.

"We talked about the song’s vibe for a while, put a chorus down and then didn’t see each other for a while," Uncle Charlie told Billboard about how easy it was to work with Bruno. "Then we ended up on the road together. We’d sing every day at lunch time as we further hashed out the song."

We have a feeling that you can expect to see much more of Charlie Wilson in 2020 — and we're not just talking about him performing at the GRAMMYs in just over a week. Keep your ears out for more from Uncle Charlie while you listen to his latest and sing along to the lyric video for "Forever Valentine" below.


TAGS:  audio, bruno mars", charlie wilson, D'mile, The Stereotypes
Previous: Missy Elliott Goes Back In Time In ‘Why I Still Love You’ Next: Tiffany Evans Is Stuck On An Emotional Roller Coaster In ‘Merry Go Round’