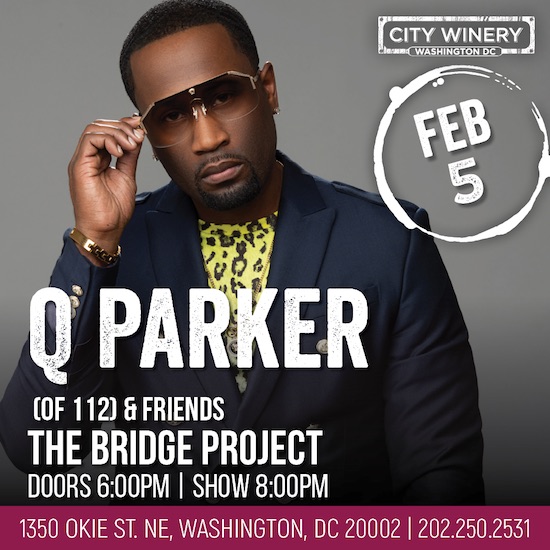 His days with 112 may be behind him, but Q Parker is already on to the next. He's busy at work on The Bridge Project, described as a "musical and visual body of work" that has "a goal of unity, cultural advancement and bridging the gap in genres of mainstream and gospel." In addition to a physical release, The Bridge Project is something that Q plans to bring alive on stages around the country with some help from a few of his talented friends. On Wednesday, February 5th, Q Parker will debut The Bridge Project in Washington, D.C. at City Winery DC alongside an impressive guest list of artists including Frank Sirius, J.J. Hairston, Richard Wingo of Jagged Edge, Anthony Brown and JK Howells. With that lineup, we already know there's gonna be some sanging happening in D.C. that night.

Q Parker and friends performing The Bridge Project is going down next week at City Winery Washington DC. Tickets are on sale now at the CWDC box office or online from the website. Tickets are also available right here. Our partners at City Winery have given us a pair to giveaway, and we're doing just that on the next page. Enter to win now!