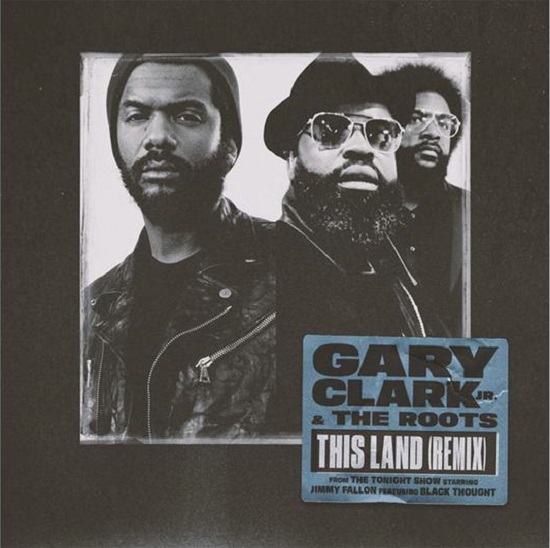 His night might not have been as big as Billie Eilish's but bluesman Gary Clark Jr. still managed to come away a winner at last night's GRAMMY Awards. His album This Land garnered him the GRAMMY for Best Contemporary Blues Album while the set's title track nabbed him awards for Best Rock Performance and Best Rock Song. Rather than just give us a straightforward run through of the song during his performance on the stage, Gary opted to bring in some new flavor by calling up The Roots to perform the track's official remix — which he just so happened to release as a single over the weekend.

The reimagining of the track is actually from Gary's appearance on The Tonight Show Starring Jimmy Fallon, where the two acts first performed this version of the song back in December. Instead of Gary kicking things off, it's an incendiary rap from Black Thought about being a black man in America that blows opens the track's doors over live instrumentation courtesy of the rest of the band. Gary's gravelly voice joins in soon after as he once again illustrates the struggle. The live instruments here give the song even more of a sense of urgency, interestingly enough. Perhaps because the growl of the guitar bites even harder and the horns sound even more like police sirens, creating an anxiety and dread that you just can't get any other way. Then, of course, there is the sheer musicianship on display here as The Roots provide fiery backing on all instruments, including Questlove going off on the drums whenever the refrain of "this land is mine" pops up in the song.

As expected, Gary Clark Jr. and The Roots coming together is most definitely a good thing and one that you'll want to here. Get a listen to the "This Land" remix when you press play and purchase a copy of the track now.