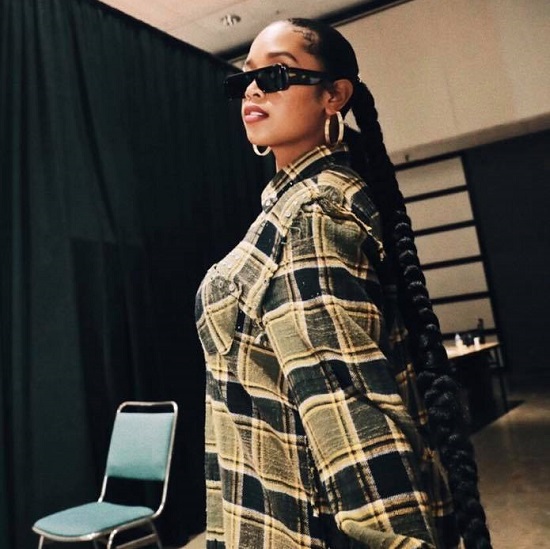 H.E.R. went into the 62nd Annual GRAMMY Awards an R&B darling. The budding singer-songwriter landed two nominations in the R&B categories (Best R&B Song and Best R&B Performance) and was nominated for Record Of The Year, Song Of The Year and Album Of The Year. But sometimes things just don't go the way you'd like them to and, like India.Arie before her, H.E.R. was shut out in all five categories. This, of course, made her choice to debut her new single "Sometimes" at the awards show a bit prophetic. Life moves on, though, and the singer has released the song for the masses to hear.

"Sometimes" is a soulful number about the way life doesn't always work out as you've planned. She sings on having a particular dream or vision for your life only to seemingly have them dashed due to some unforeseen circumstance amid piano and slightly twangy guitar. However, she also shares the wisdom she's learned along the way on the song's chorus. "Sometimes s**t don't go your way / And sometimes you gon' have those days," she sings. "And sometimes you'll feel out of place / You can't promise me it'll be the same / 'Cause some times change." As the song progresses, it builds with swirling strings, a choir and even an electric guitar solo. But, despite the adversity, the song still has a hopeful hue to it that reassures that, though things may change, you can adjust and move on.

H.E.R. might not have been a winner on Sunday night, but her latest single definitely is. Give it a listen and let it inspire you to keep pressing on in your journey.