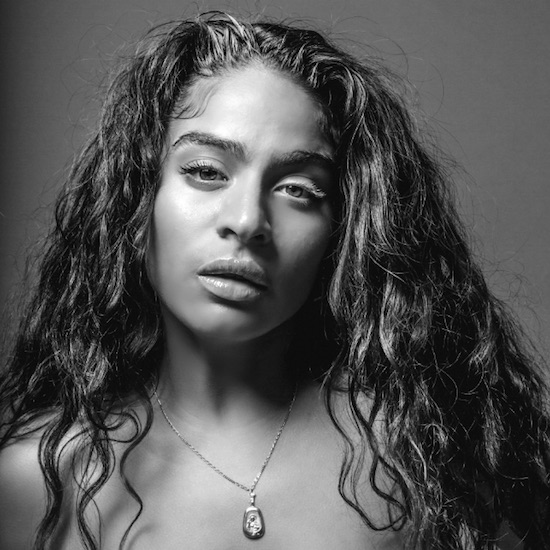 GRAMMY-nominated artist Jessie Reyez is preparing to have a huge 2020. After whetting our appetite with her debut EP Being Human in Public featuring songs like “Imported” and “Body Count,” the singer-songwriter is getting ready to deliver her debut album Before Love Came To Kill Us on March 27th. In anticipation of the project, she’s dropped two new songs, “No Sweat” and “Love In The Dark.”

“No Sweat,” which debuted in a Secret deodorant commercial, is a feminist anthem. "Yeah, you workin' hard for the top spot, just watch it manifest / I'm a rose and a king at the same time, that's what a woman is,” she proudly proclaims. The shifting sound bed and vocals from Reyez are reminiscent of the best uptempo moments of her fellow country-woman Nelly Furtado.

In contrast to the girl power manifesto “No Sweat,” “Love In The Dark” is a slow, almost brooding power ballad that finds the star reminiscing over a love that is over. “When the stars are falling down, there’s love in the dark,” she sings. While Reyez’s unique tone may not be everyone’s jam, the honest and raw lyrics hit home, as her honesty and simplicity shine. Basically, she doesn’t paint herself as the good guy but also doesn’t seem like the bad guy. It’s complicated. What isn’t complicated is the video, that sees Reyez wading in the water under a darkening sky, contemplating past relationships and future moves. It’s a simple yet beautiful clip.


TAGS:  audio, Jessie Reyez, nelly furtado, patsy cline
Previous: Jade Novah Wants To Kick It With ‘Somebody Son’ Next: J. Brown Is Committed To R&B On Debut EP ‘Forever Yours’