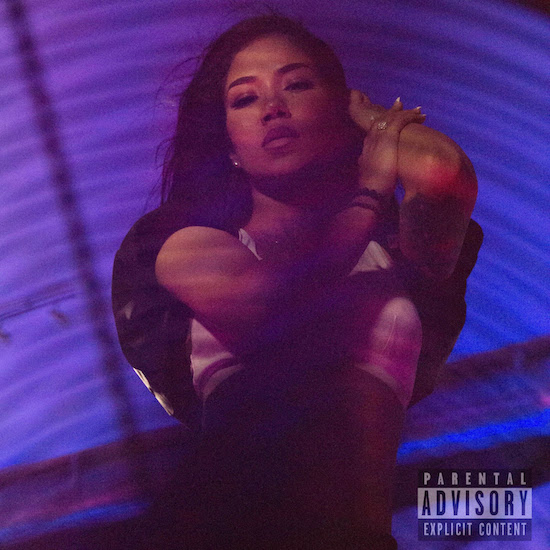 Jhené Aiko has never been one for subtlety. Whether she's breaking down a broken relationship or encouraging a lover to eat up, she freely sings about everything and anything she so desires. Aiko's desires are front and center on her latest single "P*$$Y Fairy (OTW)," and she has listeners clutching their pearls.

On the clearly NSFW song, Jhené unfurls her freak flag and lets it fly. She confidently sings about having her man stuck off the realness of her skills in the bedroom. "I know you love f**king me / I can tell by the way you in love with me / You can't get enough of me / Well, I guess it's looking like you stuck with me," she bluntly yet ever-so-sweetly sings on the first verse. Her sweetness is her lover's weakness, but he's not the only one addicted. "That d**k make my soul smile / That d**k me so damn proud," the singer admits on the chorus in some particularly saucy lyrics.

We're pretty sure that her ex/next Big Sean is the inspiration for this freaky tale, but Jhené has neither confirmed nor denied that fact. She has given some insight into the song's sound, however. “’P*$$Y Fairy (OTW)’ is in the key of D on the alchemy crystal sound bowl, which is the sacral chakra (sexual organs), hence why the song is about sex!” Aiko says of the tune co-written by herself and Julian-Quán Việt Lê, who also produced the trap soul track.

In addition to releasing this sexy new single, Jhené debuted a music video for it as well. Director Brandon Parker captures Aiko and a male dance partner in an empty dance studio bathed in purple and blue lights. Jhené lets us know that she's got moves as she channels both Aaliyah and her older sister Mila J in the clip. Rocking a midriff-baring crop top and sleek, straight hair, she bops along to the beat and hits some choreography with her partner. She won't be winning So You Think You Can Dance anytime soon, but consider us impressed that she knows how to bust a move.

"P*$$Y Fairy (OTW)" is the latest single from Jhené Aiko's forthcoming new album CHILOMBO, which is rumored to be dropping in February on Def Jam. While we wait to see if that happens, indulge in the audio and visual for "P*$$Y Fairy (OTW)" and keep watching to learn the video's choreo for the club, the 'Gram or your next dance battle.


TAGS:  aaliyah, audio, big sean, Brandon Parker, jhene aiko, Julian-Quan Viet Le, Mila J
Previous: SoulBounce Exclusive: I, Ced Gets Funky With Moniquea, XL Middleton & Reesha Archibald On ‘Reflect (I Thought It Was Me)’ Next: TJ Jackson Is On The Road To Letting Go In ‘I Don’t Deserve This’