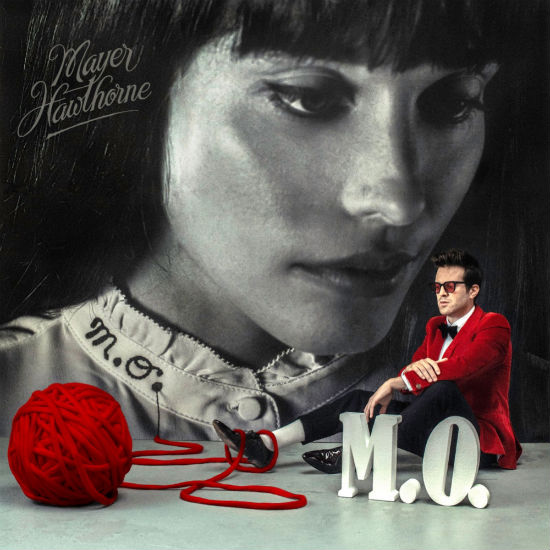 If there is one word to describe Mayer Hawthorne, it would be “consistent.” He began his current streak of steady hits last summer with a string of singles including "Over," "The Great Divide," "The Game" and "Healing." The Michigan-bred, Los Angeles-based music maven continues this wave with his latest release, “M.O.,” which he describes as “a trippy love song about the need to bury an old relationship before a new one can begin.” The track serves a relaxed, throwback vibe as he pleads his case to a new prospect singing, “Heartache mender take my hand / We'll bury the past forever under Hollywood land / A bottle of red can raise the dead / Mmh-hm, if you give me your number / Ooh, I'll never make you wonder.”

Co-produced by esteemed producer and engineer Wayne Gordon and recorded at Daptone Studios in Brooklyn, NY, “M.O.” embodies the brand of nostalgic, soulful goodness we are used to hearing from Mayer as both a solo artist and alongside Jake One, as part of their Tuxedo collaborative. He’s mastered the art of creating music that is somehow both contemporary and retro and, whatever the recipe, it seems to work every time. Hopefully this series of singles will culminate with a full album, as fans are about due for another addition to his stellar discography.

Give Mayer Hawthorne’s “M.O.” a listen, and be sure to add the track to your collection from your favorite digital platform. SoulBouncers in Brooklyn can grab tickets now to catch him live at the Music Hall of Williamsburg on Friday, February 7th.


TAGS:  audio, jake one, mayer hawthorne, Tuxedo, wayne gordon
Previous: Little Dragon Asks Us To ‘Hold On’ For Upcoming Album ‘New Me, Same Us’ Next: iyla’s ‘Tattoo Tears’ Prove She Is Over Her Ex