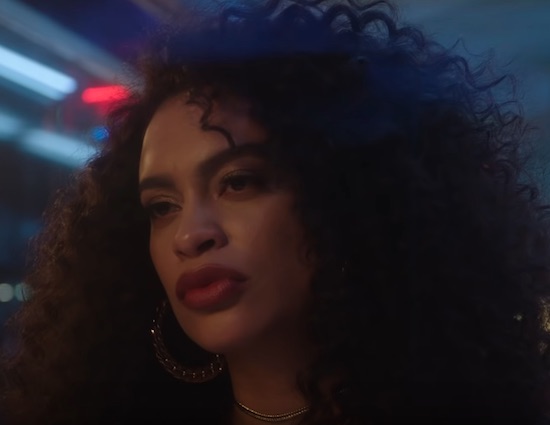 Nicole Bus gets more than a meal during her trip to a diner in the music video for "Rain." Shot on location in Hasbrouck Heights, New Jersey at the historic Bendix Diner, Nicole's innocent solo outing takes an interesting turn when her food arrives. Before she nibbles on her order of pancakes, she reaches for some napkins from the dispenser on her table and discovers that there are messages written on every other one. "Do you remember?" the first napkin reads, which immediately catches her attention. She then pulls a napkin that says, "When this was our spot?" and that triggers a flood of memories for the singer. Bus starts to reminisce about her younger days with her beau at that very same diner as she continues pulling napkins, which are now filled with the song's lyrics.

Throughout the clip directed by Megan Gamez, Nicole recalls the good times – and the bad – with her teenage love and we watch their past scenarios play out. They start off happy and playful, but that soon segues into anger, fights and one last argument where young Nicole storms off and kicks the young man to the curb. Meanwhile, present-day Nicole sings "Rain" over her uneaten pancakes and wishes she could get that old thing back. "When the rain start tumbling down / I wish I could turn back the hands of time," she wails on the piano-driven track with hip-hop knock. Nicole's walk down memory lane leaves her undone, and she eventually leaves the diner without eating one single pancake. Once outside, she hears a thunderclap but instead of actual rain falling from the sky more pieces of paper rain down on her, and she looks ahead to see a handsome man, played by actor Will Catlett, walking toward her. She recognizes that this man is her old boyfriend now grown up and giving her a look to let her know he's ready to get that old thing back, too.

"Rain" is just one of many jams to be found on Nicole Bus' debut album KAIROS. Expect to hear Nicole perform this song alongside previous singles "You" and "Mr. Big Shot" on her upcoming The Arise And Shine Tour, which kicks off next month.


TAGS:  Megan Gamez, nicole bus, Will Catlett
Previous: TJ Jackson Is On The Road To Letting Go In ‘I Don’t Deserve This’ Next: DMV Bouncers: Win Tickets To See Yuna In Concert! 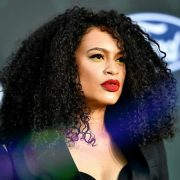 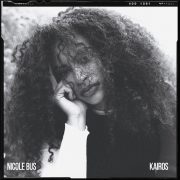 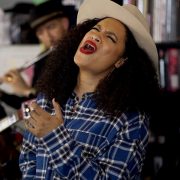 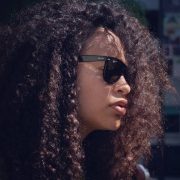