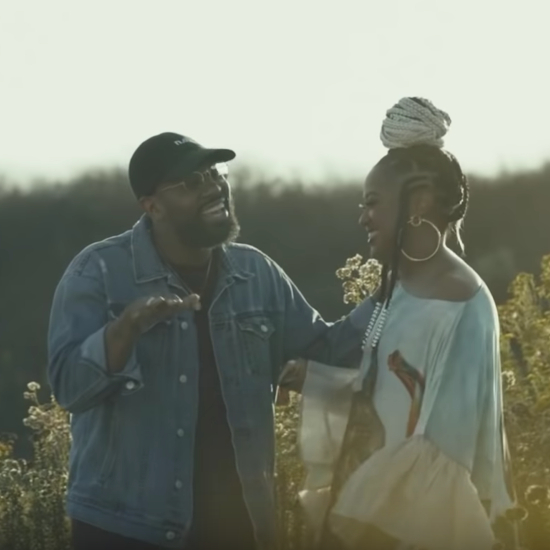 Rapsody continues to exalt the power, importance and struggle of Black women, while also showing that she ain’t no slouch in the booth. Nowhere is that heard more than on her new album EVE, where each track is cleverly named after and dedicated to a famous Black woman, such as “Oprah”Winfrey, “Phylicia” Rashad and “Nina” Simone and many others, including Afeni Shakur the mother of Tupac Shakur.

Rapsody's single “Afeni” features PJ Morton and samples both lyrics from 2Pac’s 1993 hit “Keep Ya Head Up” and music from Deniece Williams’s 1976 classic “Free.” Rapsody spits about the struggles of relationships between Black men and women. “We’ve got your back, we only pray you’ll be our muscle,” Rap raps. PJ does more than just sing a few notes on the chorus, also speaking on behalf of all Black men, acknowledging missteps and how a man’s world is nothing with a woman or a girl.

The music video tells the story of a single mother going through the motions. The Cam Be-directed visual opens with footage of 2Pac reciting lyrics from “Keep Ya Head Up.” Once the beat drops, we see the single mother standing on a beach reflecting on her past relationship. Everything is romantic as she and her beau frolic in a field, but once things take a turn for the worse, the truth hits home and we see her frustrated over her relationship and left behind pregnant. She moves forward, however, and by the end of the video, she’s back at the beach walking hand-in-hand with her young son, supported by her own strength. Throughout the clip, scenes of Rapsody spitting her hot fire and PJ singing his sweet soul are seamlessly added into the narrative.

Press play to watch Rapsody and PJ Morton bring "Afeni" to life and be sure to add Rapsody's critically-acclaimed album EVE to your collections.