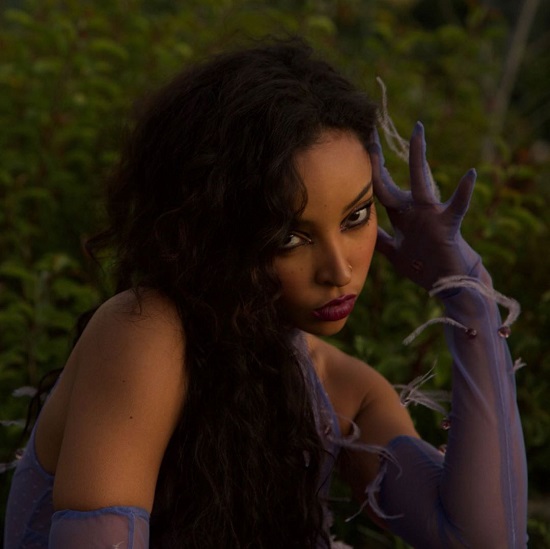 The world lost a hero with the untimely passing of Kobe Bryant, his daughter Gianna Bryant and the seven others who perished in a helicopter crash this past weekend. While people the world over are taking it pretty hard, what Kobe meant to the people of Los Angeles cannot be diminished and plenty of Angelenos are paying tribute to the basketball legend. Tinashe is part of that number and the Cali girl is honoring Kobe in her own way by dropping an unreleased version of her track "Hopscotch."

The Songs For You track itself is a bumping track with LA vibes and a California disposition. Opening with a radio announcer promising sunshine and "blow, h--s and indo," the track is perfect for bumping while cruising down Crenshaw or whipping past any of the LA landmarks. However, what makes this original version special for Kobe is a small change. At one point in the second verse, she sings, "L.A. like I'm Kobe, been ballin' kinda nice." If you are familiar with the version that appears on her album, then you know that line was changed to "LA like I'm Bronny" in reference to current Laker LeBron James. Other than the fact that Lebron is name-checked once again at the end of the song, it's unclear why they didn't go ahead with the Kobe reference from jump. That being said, the song still bangs and any tribute to the fallen baller, small or large, is welcome as the country and world mourns his loss.

Seeing as Kobe's influence went far beyond the basketball court, we expect many more subtle and overt homages to the Lakers legend in the months and years to come. Listen to Tinashe's small-but-sweet gesture when you press play.


TAGS:  audio, kobe bryant, Tinashe
Previous: Cleo Sol Floats Like A ‘Butterfly’ Next: NBA Baller Victor Oladipo Is Putting The Past Behind Him With New Single ‘IDC’