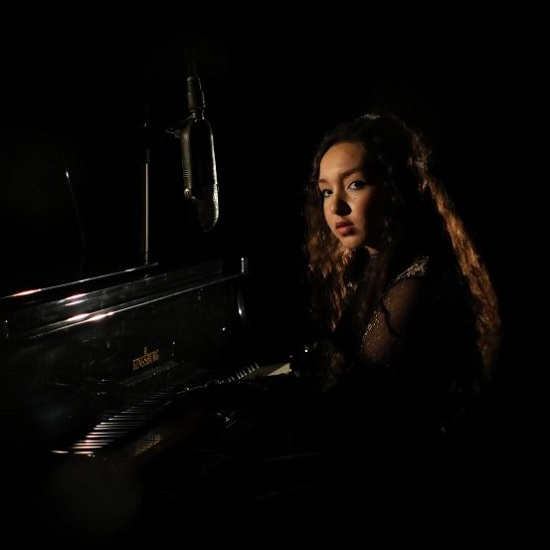 When it comes to talent, truly, age ain’t nothin’ but a number. For some, their natural gift fills the space between personal and professional experience resulting in skill-level and passion unmatched by those twice their age. Such is the case of Los Angeles-based singer-songwriter Angela Muñoz. Introduced to the world by composer-producer Adrian Younge as part of his ensemble The Midnight Hour co-led by legendary producer-DJ Ali Shaheed Muhammad, the extraordinarily talented 18-year-old is more than ready to branch out as a solo artist.

Many of us first heard Angela’s dazzling vocals on The Midnight Hour’s 2018 self-titled debut on the track "Bitches Do Voodoo." From there, she found herself on tour with the consummate collaborative and even performed the track during their exquisite performance as part of NPR Music’s Tiny Desk Concert series. She began to cultivate a following of her own with a series of stunning showings, and now fans are clamoring over her first single, “I Don’t Care.” The breezy track tells the tale of loving oneself and rejecting the need to conform to any mold. After being told as a kid that she needed to have a “superstar” look, rather than let such negativity deter her, she declared that her purpose in life is not to be anyone’s object. Rather, her purpose is to share her experiences and impact people in the most positive way. She hopes her single, which has already garnered early radio airplay, will make people realize that they don’t need to change the way they are to feel accepted.