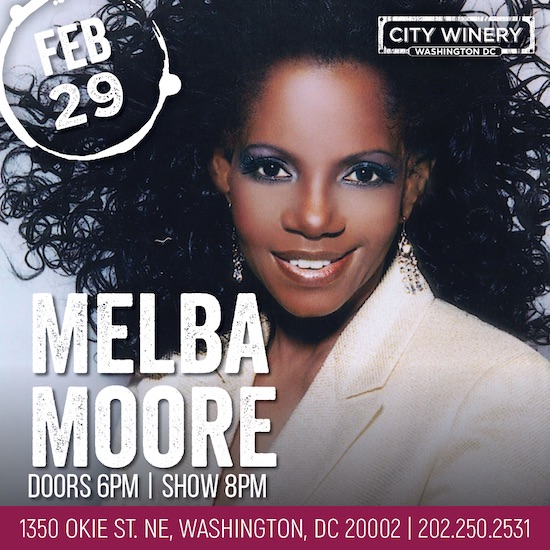 Melba Moore had quite a run in the 1970s and '80s. She found success on the stage, on the big screen and in the recording studio – winning a Tony Award, garnering GRAMMY nominations, charting numerous songs and gaining fans around the world. All these years later, Miss Melba is still going strong and still performing. As a matter of fact, Moore has a concert coming up at City Winery Washington DC on Saturday, February 29th. Expect for the singer/actress to dig deep in her crates for a nostalgic evening of soul music.

Tickets to see Melba Moore live at City Winery DC this weekend are on sale online and from the venue's box office. Great seats are still available, but we suggest you act fast to scoop them up. We've also been given a pair of tickets to give away, which can be all yours when you enter to win them on the next page.