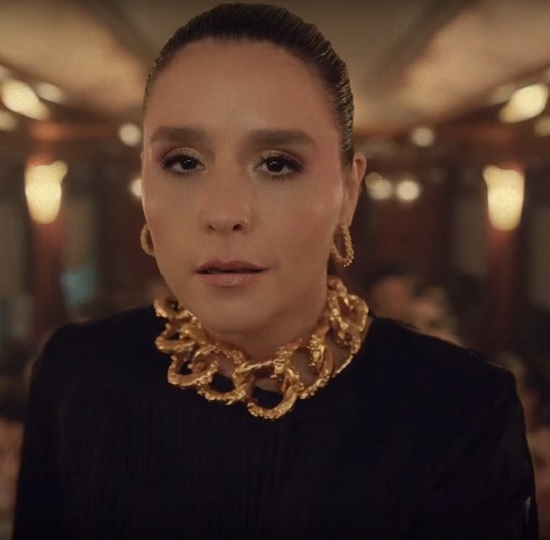 Jessie Ware will always be a welcome voice in our ears and a sight for sore eyes. We last got a full-length effort from the British singer with 2017's Glasshouse. Since then, she's dropped a couple singles, launched a podcast and became a mommy again. But the singer hasn't forgotten about us. In fact, she's got newness coming our way as she's set to drop her new album What's Your Pleasure? this summer. As she prepares us for what's to come, she teases the new project with the lead single and video "Spotlight."

"Spotlight" is a departure from the moodier feel and sound of Glasshouse. For one, though it starts off in torch song territory, it's about as maudlin as anything there — at least not sound-wise. The song soon finds itself in slick disco territory as she bemoans the eventual end that a relationship is heading toward. "If only I could let you go / If only I could be alone," she sings on the chorus. "I just wanna stay / In the moonlight / This is our time in the spotlight."

For the track's video, Jessie takes us to a train. An odd choice for a dance-filled video, sure, but she makes it work just fine. She makes great use of the train's tight space and ever-changing lighting, using them to create an air of mystery, intrigue and elegance. Helping in this effort are strategically placed dancers who make small, selective movements look like an all-out dance party that you can't help but watch.

"I’m happy to share my brand new single 'Spotlight' taken from my fourth album," the singer shared with fans. "It’s melodramatic; it’s romantic; it’s everything that I love and it’s got a bit of a beat." She also revealed when we can expect her newest project, writing, "This the first taste of my brand new album What’s Your Pleasure? which will be out June 5."

Well, don't just stand there. Press play to get your Jessie Ware fix.


TAGS:  audio, Jessie Ware"
Previous: DMV Bouncers: Win Tickets To See Conya Doss In Concert! Next: Mahalia & Ella Mai Ask Cam’Ron To Explain ‘What You Did’ For A Remix