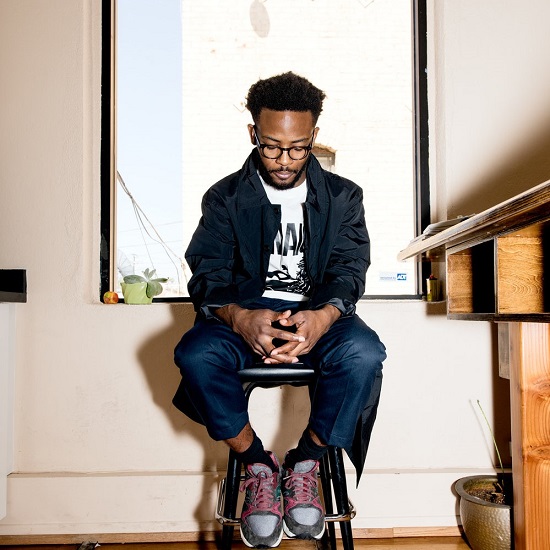 Early last month, while most of us were still wiping the haze of 2019 from our eyes, Knxwledge was already churning out new music and whetting our appetites for more beat-filled treats to come. So far, the GRAMMY-winning beatsmith released "do you" and the latest installment in his Meek Mill mixtape series MEEK.VOL5_. Now he's back with a twofer – singles "learn" and "howtokope." – and an official announcement that a full album titled 1988 will drop on March 27th.

We already know that Knx is a production wiz, but we had no idea he was child prodigy. It turns out that 1988 isn't just a random title, it's the year of the album's inception. It's also the year of Knx's birth. Yes, you read that correctly. He was literally making beats before he could even walk. Or so the story goes....

Apparently, "little baby Knx was left alone by his mother for just a few moments and crawled to a family member's vintage SP-12 sampler. When his mother returned he had already produced his first beats and nearly mastered the machine. These tracks, all produced before nap time while rocking a Nike diaper, were stored over the years on floppy discs, then brought to his studio in recent months where they were finished up, mixed, and mastered."

Whether you believe the anecdote or consider it a myth, there's no questioning his dexterity. The proof is in the musical pudding on "learn" and "howtokope." as Knxwledge continues his hip-hop flex with atmospheric synth, vintage vocal samples and hypnotic beats. Stream both tracks below, currently available for purchase as a double-single. Previous single "do you" is featured on the album as well. And NxWorries fans will be pleased to know that Knx and Anderson .Paak have quietly continued collaborating and will premiere some of their creations on the album.

Pre-order 1988 via Bandcamp or Stone's Throw.  DJs and audiophiles take note: the project will also be released as a deluxe, boxed-set vinyl edition, including the main album, a 10-inch EP and 7-inch single. These additional records contain all-new music that will not be released through digital platforms.


TAGS:  Anderson Paak, audio, Knxwledge, NxWorries
Previous: Bilal Is Back With ‘Enough Is All I Need’ Next: Loren Oden Wants That Old Thing Back On ‘Is There A Way’