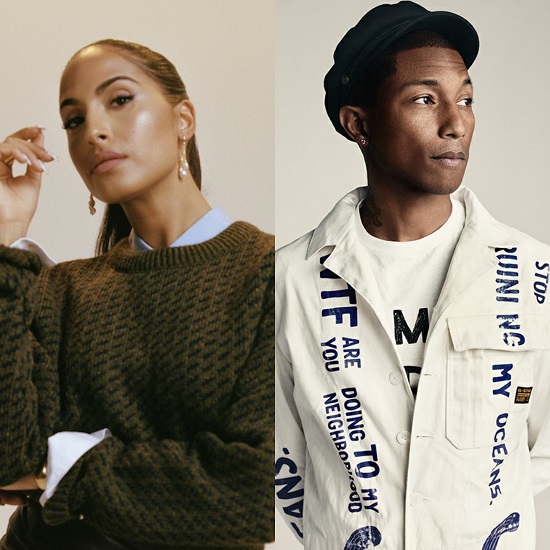 It's Valentine's Day! That means it's time to get romantic with the one you love or possibly find that potential one you want to get romantic with. Either way, you're going to need a soundtrack to set the festivities off. There probably isn't one better than the latest from Snoh Aalegra, Ugh, those feels again (or, at least, the very first half of it). But in case you want something a little different, Snoh's got you covered there, too. To celebrate the day, she's released a remix of her undeniable jam "Whoa."

Most of the song remains the same in this revamped version. Snoh starts things off with her smoky vocal as she details just how in love she is. D'Mile's soulful simmering groove is also still intact as well, keeping the pace sultry and sweet. So what's changed, you ask? It's the addition of producer/rapper/singer Pharrell, who makes a cameo in the middle of the track to spice things up a bit. This is Skateboard P, after all, so some of his rhymes are a little out there — including a reference to Allah — but he gets his point across as he says that the two of them coming together hits high notes like Mariah. Thankfully, unlike when most rappers are added to R&B songs, Pharrell doesn't trip up the vibe of the track. In fact, his addition only makes things even cooler. We love when that happens.

You can check out the chemistry between Snoh Aalegra and Pharrell on the "Whoa" remix right here. And to make sure that you can add it to the soundtrack of your Valentine's night, pick up the song from your favorite retailer.