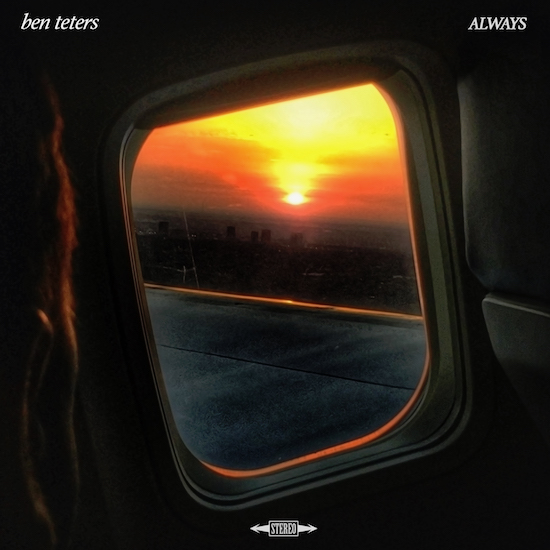 It's rather common for musical talent to run in a family. Look at The Jacksons, The Sylvers and The Winans, for example, or, more recently, acts like Chloe x Halle, VanJess and Billie Eilish and her producer brother Finneas. Two more names to add to the list of talented siblings are Joanna Teters and Ben Teters. We were first introduced to Joanna through her band Mad Satta before she embarked on a solo career, and now her brother Ben is following a similar trajectory. As a drummer, he has worked with numerous musicians and founded his own band, the reggae/soul collective SunDub. Now Ben Teters is readying the release of his solo debut album, and he makes his SoulBounce debut with his single "Always."

Family and friends are central to the Berklee College of Music grad who currently calls Brooklyn home. "Always" is a love letter to his people and a gentle reminder to anyone listening to remember who and what is most important in life. "'Always' was written as a reminder to focus on the things that matter most in times of struggle," Ben tells us about the song. "Keep your family and friends close, do what you love and do it with passion. These things will always be there to help us out in hard times."

"Always" is a soulful slice of feel-goodness and encouragement. "Always put your heart in things you do / And always the light will shine on you, always," Ben sings on the first verse over a smooth sound bed of organ, guitar, bass and live drums. He later shouts out his family and friends as horns are added into the mix, adding the right spice to the instrumental gumbo.

Listen to SoulBounce's exclusive world premiere of "Always" and add the track to your positivity playlist. Stay tuned for more from Ben Teters, with his debut album Palmslap, a labor of love that he wrote, engineered and produced over the course of a few years, scheduled for release in March. Stay abreast of Ben's moves on his official website and on Facebook and Instagram.