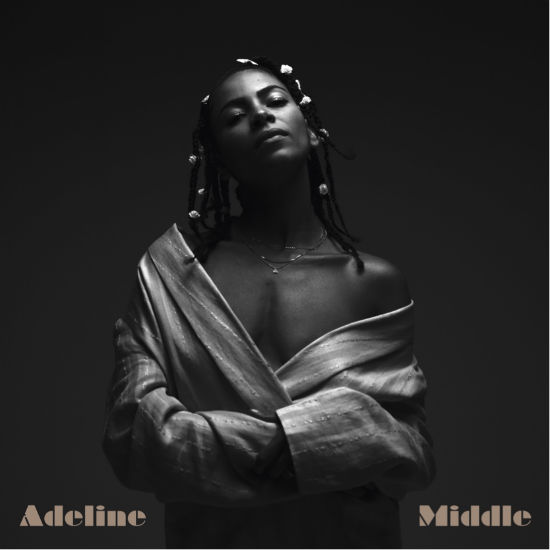 After releasing her debut, self-titled album back in 2018, singer/songwriter/musician/producer Adeline continues to hold her space as a solo artist. Much to the delight of fans who have been riding with her since her days as the frontwoman of disco band Escort, the bass-playing beauty recently released two singles ahead of her forthcoming EP. In addition to her sultry rendition of Black Sabbath’s 1970’s hit “Planet Caravan,” she also dropped her smoldering single “Middle.” Over a funk-filled track, punctuated with a groovy bassline and vibrant horns, she tells the tale of being stuck between the proverbial rock and hard place. She explains, “You know those moments when you just can’t move because you can’t see clearly? Making choices can be the most important and most challenging actions we make as adults, and no one really teaches us how to do that. It can be so paralyzing at times and most of the time no one has the answer for us but ourselves.”

The dual release sets us up quite nicely to see much more of the Paris-born New Yorker in the coming months. Known for her fly personal style and captivating live performances, in addition to her upcoming single release party this week at Brooklyn’s Sultan Room, she will take over the Brooklyn Museum as part of the music series and will join Lee Fields & The Expressions for their 70th birthday celebration at Brooklyn Bowl. Never one to keep still, when she’s not touring or creating her own music, you can spot her playing the bass in CeeLo Green’s touring band.

Press play on Adeline’s “Middle” and her cover of Black Sabbath’s “Planet Caravan,” and be sure to add both tracks to your collection from your favorite digital platform. Brooklyn SoulBouncers can head to her website to grab tickets for her upcoming shows, and those on the West Coast should save-the-date for her free show at LA’s Gold Diggers Sound on May 1st.