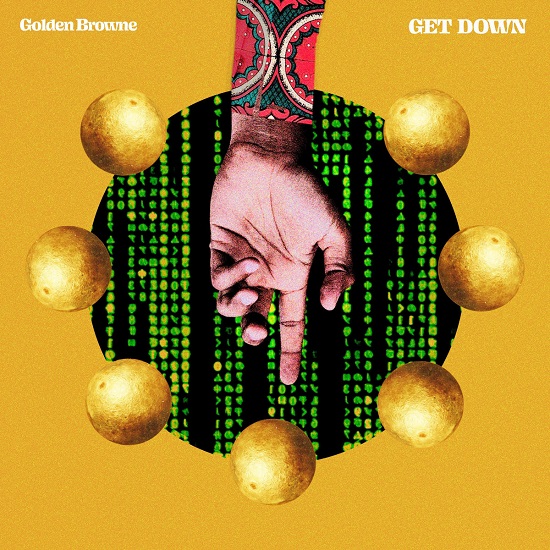 2020 might not be what we expected thus far, but it is at least delivering musically. Comebacks, highly anticipated releases and unexpected projects have all dropped in recent months and there seems to be only more to come. One collaboration we weren't expecting was that between musical collective Columbia Nights and D.C.-based singer-songwriter Jenna Camille, who together form the group Golden Browne. They're currently working on a collaborative project, but first, they want to give us a taste of what they've got cooking with their new track "Get Down."

"Get Down" radiates joy from the moment you press play. It begins with ambient chords and a drum track reminiscent of R&B hits of the '90s, especially Sounds Of Blackness' hit "Optimistic." Golden Browne has their own unique flavor, though. That's thanks to its jam session feel, as the song doesn't have your typical structure. Jenna vamps instead of giving full verses, simply singing, "We're alive in the digital age" sweetly against the hard-hitting drums. The song's chorus is just as simple, with the group singing "get down" while going off on the instrumentation.

"Get Down" is a nice little groove to help pass the time. It's also being used for a great cause. Jenna was recently the subject of a New York Times article about the plight of musicians during the current outbreak. In it, she discussed how the situation has halted every stream of income she has. Because of this, the rest of the band decided to drop the single a little earlier than expected in order to help Jenna with her short-term needs. So, yes, listen to "Get Down" by Golden Browne below and get your life. But after you listen to the track, make sure to pick up a copy via Bandcamp and then tell a friend to do the same. If you want to give to Jenna directly, you can also contribute at paypal.me/jennacamille.