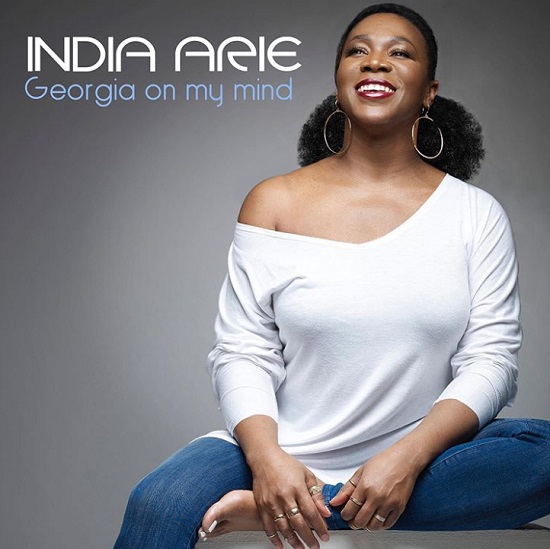 Although she was born in Denver, India.Arie has called Atlanta, Georgia home since she was 13 years old. It's only fitting, then, that ESPN has tapped the "Steady Love" singer to cover "Georgia On My Mind" as the theme for their promotions for the upcoming Masters Tournament set to take place in Augusta, Georgia this April.

The seminal tune, originally created in 1930 and most popularly covered by legend Ray Charles in 1960, was eventually named the official song of the state and with India's recreation you can see why. She takes inspiration from Ray's take and keeps the instrumentation simple and stately. Piano, strings and soft drums set up the foundation of the track. India's soulful voice does the rest of the work, with her vocals caressing each phrase as she paints a beautiful picture.

After releasing her take on the song, India spoke to ESPN Front Row about the reason she agreed to do the song for their promotional campaign. "I’m honored to do this song with this institution of the Masters, she said. "I can’t exactly articulate what feels right about it, but I thought long and hard before I said yes and it feels good. It feels right, I love the way the record turned out, and working with the team at ESPN has been really lovely."

We think India.Arie was the perfect choice and that her take on the song is quite lovely. In fact, we're sure you'll agree when you press play. You can also hear India's new take in the lead-up to the Masters during spots showcasing the golf tournament currently airing on ESPN.