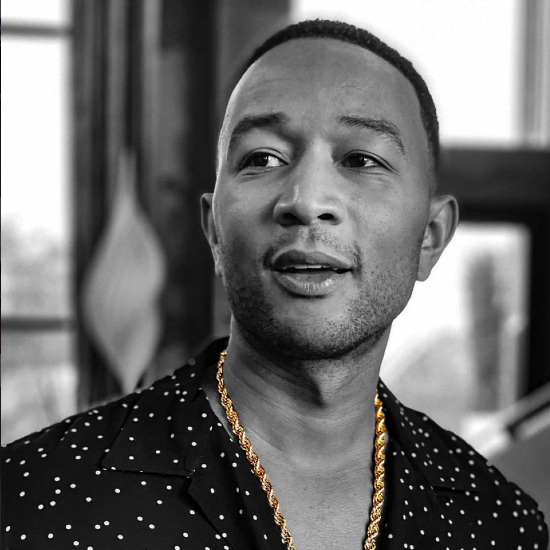 John Legend has made a name for himself outside of music. The activist, film producer and father of two has moved beyond his humble piano. And, even when he returns to the keys, he’s usually giving us an anthem to help us in our weary times past and present like "Preach." On his latest single, he’s still a man of “Actions,” but this time he’s sweeping around his own front door.

Over a familiar sample of David Axelrod's “The Edge,” Legend takes action to prove that love is more than thoughts and feelings. “Here I go again / With another love song that I wasted / Just another love run out of patience / She don’t want it, she don’t need it,” he laments in the opening lyrics of the song. His lovey-dovey words aren't enough for her, she needs him to put in the work that he so eloquently sings about. John gets the message and so do we on this surprising bop.

In addition to sharing the new track, Legend also released a lyric video for the song. Over a bold color palette of purples, greens, blues and yellows with eye-catching graphics, Legend lays out the words to his latest jam so that you can easily sing along.

The EGOT winner shared that he released “Actions” because people need distractions while we’re practicing social distancing in the wake of the global pandemic we've found ourselves in. Will “Actions” be as viral as The Rona? We’re not sure, but we like where John is going with this.