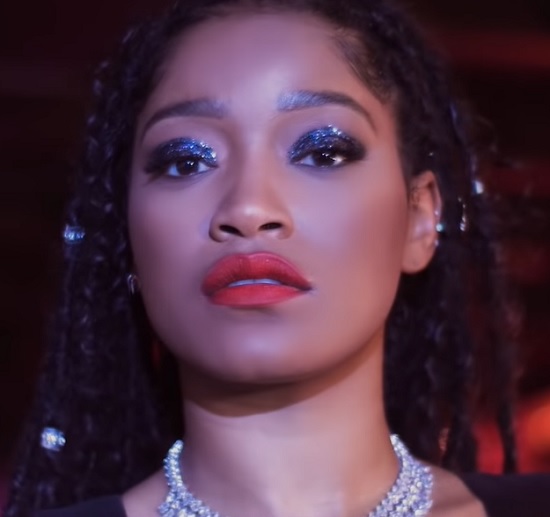 Where does Keke Palmer find the time? The 26-year-old multi-hyphenate seems to always have a job — whether it be starring in Hustlers, conquering daytime television daily on Strahan, Sara & Keke or continuing to add fuel to the fire of her musical career. Speaking of which, the star hasn't let her growing screen time slow down her output. In fact, she's dropped two new singles already this year, "Virgo Tendencies" and "Got Em Mad."

For the former, Miss Keke sends out a warning to those who might find themselves on her bad side. She turns to frequent collaborator Tasha Catour to produce the track, which is a slowed-down, contemplative groove set off by boom-bap drums. The singer takes it as an opportunity to set a lover straight. "Look, don't get deaded / I'll put you in the morgue, yeah I said it," she advises at the top of the verse. She further puts thing into perspective on the chorus, singing, "I got Virgo tendencies / Cross me once, and it's over."

"Got Em Mad," on the other hand, isn't as strong of a showing. The track features rapper/singer TK Kravitz and finds he and Keke addressing haters mad at their success over a generic trap beat. Even though the song falters, it at least spawns a semi-decent video. TK plays a patron at an exotic establishment who happens to be hanging out with a pimp-tastic Keke. But wait, isn't that Keke flexing her Hustlers moves on the stage as well? It turns out we're all seeing double as the singer/actress plays a double role in the clip. But don't worry if you're confused, as it seems that TK is also a little puzzled at what exactly is going on here.