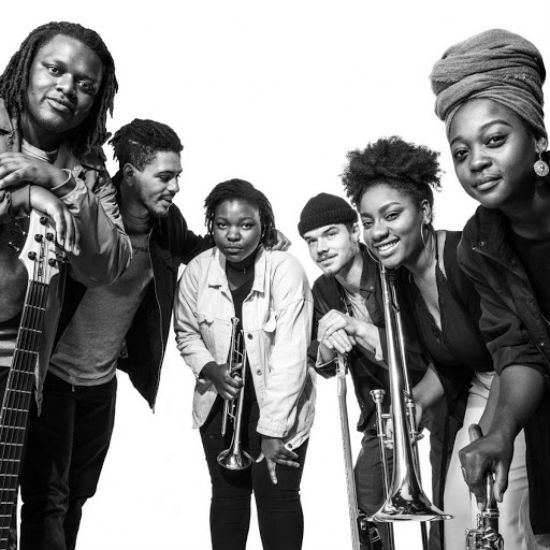 As they prepare for the release of their debut album, London-based band KOKOROKO shares their new single “Carry Me Home.” The vibrant track brilliantly showcases the eight-piece collective’s knack for blending afrobeat rhythms with jazz influences. Its upbeat and uplifting energy grabs the listener in an instant, as the steady percussion is punctuated with fiery horns and hypnotic vocal harmonies. Simply put, this groove is sure to make you move and elevate even the darkest of moods into euphoria.

Trumpeter and bandleader Shelia Maurice-Grey says the track was inspired by conversations with Nigerian-British musician Dele Sosimi, who was a member of Fela Kuti’s Egypt 80 band and Femi Kuti’s Positive Force band. Known for his own mix of funk and afrobeat, Sosimi’s influence is felt all throughout the track with its spirited and seamless blend of cultures. As they draw inspiration and pay homage to those before them, KOROROKO is undoubtedly creating their own space throughout the international music scene.

Get your entire life and check out KOKOROKO’s “Carry Me Home” below, and be sure to add the track to your collection from your favorite digital platform. After bursting onto the scene with their single "Abusey Junction" featured on the 2018 compilation We Out Here and the release of their self-titled EP last year, we look forward to their forthcoming album. Though their stellar performances at over 80 live shows around the world earned them a spot at the recently canceled SXSW music festival, we’re holding out hope for the June run of their North American tour, which includes stops in Los Angeles, Chicago, New York and multiple shows throughout Canada.