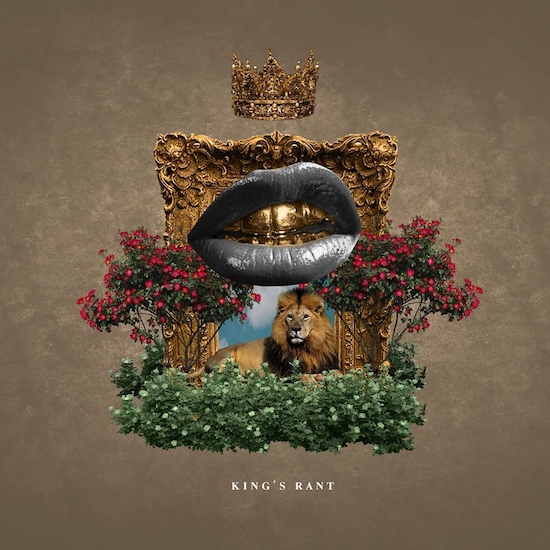 Just days after including fans in the unboxing of the plaque for his RIAA Gold-certified single “Tadow” featuring FKJ, musical multi-hyphenate Masego releases his first solo single of the year entitled “King’s Rant.” It seems Uncle Sego is quite tired of being humble, as he runs down his stellar list of accolades and celebrity associates for those who may need to check his resume. In addition to flexing over multiple bars, he makes it clear that his ultimate goal is not the fame nor the crowd that comes with it. Over a dreamy track punctuated with regal horns courtesy of Maurice Brown, in his signature cadence, Masego declares, “Keep it a buck, I don't like nobody / I don't wait for nobody / My biggest pet peeve is my time / So if you waste mine, to me you are nobody.”

Though we didn’t realize it at the time, faithful followers of his Instagram page have heard the Jah & Jasper-produced track playing in the background of his NYE post, and just last month Masego hinted at the single with his graphic depiction of true artists versus those who choose to confine their creativity. He keeps that same energy on this latest release and concludes his “rant” noting, “And no n***a I won't get a ghostwriter / I won't get an instrumental album / I'ma give you everything I think.” This is the type of adamant artistry we’ve come to love him for, and hopefully this single gets us one step closer to the much-anticipated follow-up to his debut album Lady, Lady.

Listen to King Masego talking his ish on "King's Rant," and bless your collection with the track from the digital platform of your choice.