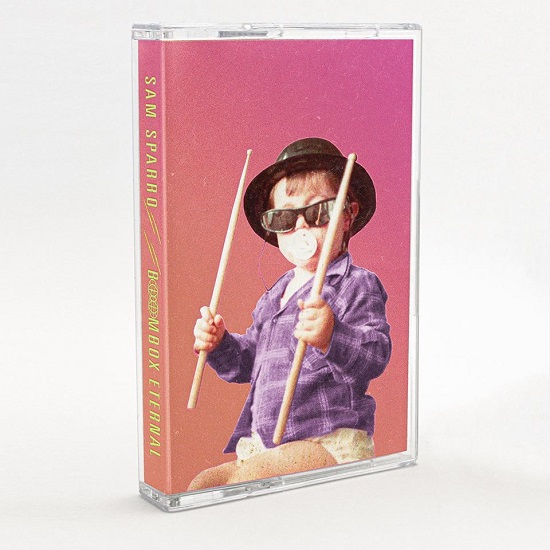 If you had the good fortune of being born in the '80s (especially the early part of the decade), then you grew up as a witness to some of the best music R&B has ever offered. It's why so many of these Gen Z babies are losing their minds over all too familiar samples and flips. In fact, now is the perfect time for someone talented to revisit the era's sounds without it being gimmicky. Enter our main man Sam Sparro. He's taken his late '80s and early '90s influences and synthesized them into something fresh and new on his album Boombox Eternal.

Sam isn't new to creating throwback tracks that sound like the era he grew up in. However, this is the first time that he's devoted an entire album to the concept. His attention to detail shows from the beginning of the set, with track's like "Pressure" and "Love Like That" sounding like they were lifted from a lost cassette from 1991. "Love Like That" is especially a standout as it's obviously crafted to sound like a Jam & Lewis track of the era. He isn't too stuck on the concept to allow the sound to drift into the modern, though. This is exemplified by the inclusion of "Outside The Blue," his collaboration with We Are KING. While it definitely lives in the space of late '80s era quiet storm, it's forward-leaning in a way that's refreshing as it avoids the potential to sound stale and disingenuous.

While the more uptempo tracks like "Everything" (which happens to be co-written by Rahsaan Patterson), the Prince-inspired "Bow" and the Maluca-featuring "The PPL" will definitely have you moving, it's the slow jams that really knock things out of the park. "Eye 2 Eye" has a sweeping sound that will have heads nodding from the beginning, meanwhile the catchy melody is sing-along worthy. Then there's "Save A Life." The track, which can trace some of its musical DNA to "Tell Me If You Still Care," is a world-weary narrative that turns triumphant as the song's subject realizes his need to embrace the life he's been given. Each track is the perfect vehicle for Sam's voice and shows off his songwriting skills.

Of course, there are times on Boombox Eternal where we want to step outside the time capsule a bit. For the most part, though, Sam gives us everything we needed and some things we didn't know we wanted on this set. If you feel like being in a '90s kinda world or just want a break from mainstream uniformity, you can't go wrong with giving this one a spin.