SoulBounce Exclusive: Maya Killtron Is All ‘Fired Up’ 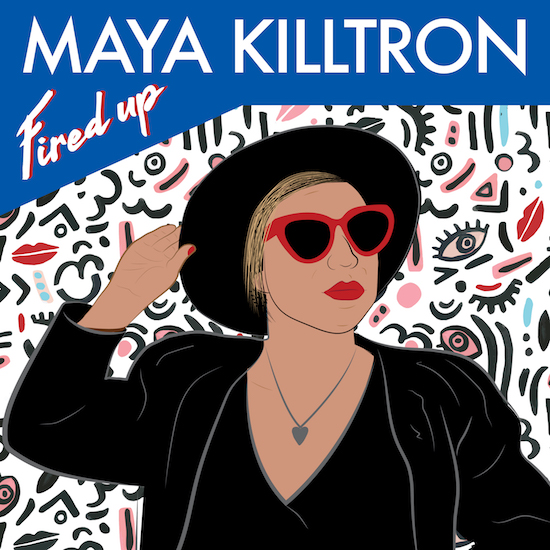 We were introduced to Maya Killtron with her bouncy single "Whiplash" back in 2017. Then the following year she had us body rolling to her funky little number "Satin Sheets." Both of those tracks found a home on her debut album, Never Dance Alone, which dropped last March. The multi-faceted entertainer is keeping the party going with her latest dance floor-ready jam "Fired Up," and, like "Whiplash" and "Satin Sheets" before it, SoulBounce is happy to debut Maya's latest single in an exclusive world premiere.

"Fired Up" features more of the modern funk and boogie that Killtron has become known for. For the track, she linked up with producer Gil Masuda who laced her a sound straight outta the '80s with bass, synth, strings and hard-hitting drums. The music makes you want to cut a rug while Maya sings about the heady feelings that a new love can bring. Her lyrics are filled with both exhilaration and frustration. "Loving you simply all I want to do / Understanding you something that's a little hard to do," she admits on the first verse. But she eventually throws caution to the wind and gives into the joy of being all fired up.

Inject your music collection with a little sugar and spice courtesy of Maya Killtron's latest bop. "Fired Up" is currently available for purchase on Bandcamp and will be released as a limited edition 7" record. Leave your dancing shoes on and get ready to boogie some more, because she plans to release a new EP, also entitled Fired Up, later this year. The project is described as being "full of lush strings, horns and big big vocals" and will drop on her own label, Never Dance Alone Records. Keep your eye on Maya's music moves on her official website, Facebook, Twitter and Instagram.


TAGS:  audio, Gil Masuda, Maya Killtron
Previous: BOSCO Ponders Memory & Connection With Her ‘Piano Song’ Next: Avehre Is Ready To Break Us Off On ‘No Purpose’