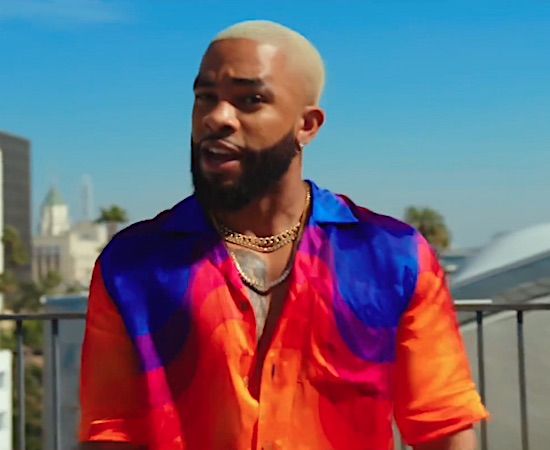 Elijah Blake happens to be one of the hardest working artists in the business considering it seems he always has a project in the works. Last time we heard from him, he was keeping Christmas lit with his holiday EP Holiday Love and its lead single "5 Gold Rings." Now it's time for Elijah to gear up for his upcoming album set to release this summer. To that effect, he's dropped his brand new single and video "Frenemies."

"Frenemies" is all about trust issues and the reasons that people have them. "Trust nobody, man I had to learn the hard way / Trust nobody, real n****s dyin' every day," he sings on the chorus. "Trust nobody, watch them frenemies who love to hate / No-no, no-no, I don't." The sentiment is set to a bouncy beat that incorporates sped-up vocal samples, synths and trappy drums. He goes on in the song to tell us about the many cases where fake friends reveal their true nature. These situations are what inform the accompanying visuals.

We see Elijah sporting a new close-cropped blonde 'do and thick beard as he lounges on a rooftop in a rainbow-colored ensemble as he states his case. While he sings, we see a woman whose man and best friend are creeping behind her back, stick-up kids who've been watching Dead Presidents a little too much and other potentially shady dealings. Elijah serves as the uninvolved narrator who watches over it all in the effective clip.

"I wrote and recorded this song a little while back, somewhere around the time the whole Nipsey [Hussle] tragedy happened. I waited until I felt [it] was a more appropriate time to release it," the singer said of the song in a press release. "I'm not sure if people are just different these days because of what we’re exposed to because of the internet or if we just see who people really are more closely because of the internet. It makes true friendships and unbreakable family bonds hard to come by."

You can pick up your own copy of "Frenemies" from your digital retailer of choice right now. You can also stick around to stream the track and get a look at Elijah Blake in action in the music video.