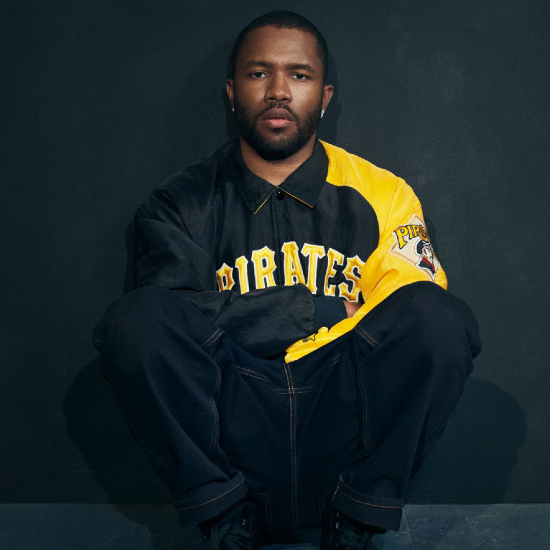 Last October, Frank Ocean premiered two songs as part of us his PrEP+ club night party in New York City. Acoustic versions of those songs – “Cayendo” and “Dear April” – have finally made their way to streaming services, and, because this is Frank Ocean, both tracks are moody ballads.

On “Cayendo,” which is Spanish for "falling down," Frank sings bilingual verses to express unreciprocated love. In the verses sung in Spanish, however, he also expresses some jealously. He wants to be Joe so bad and do all the things his man won’t do, but it’s all for naught, as the Spanish guitar continues to strum his pain. He interpolates the refrain "I still really, really love you" from Sade's classic "Stronger Than Pride," adding to the melancholy mood.

Meanwhile, on “Dear April” Frank pens a letter to his lover that things won’t ever be the same between them again. The song doesn't follow a traditional structure of verses and chorus, but it is one long poem set to a somber melody over a sound bed of synths and guitar.

While Frank hasn’t released an album since 2016’s Blonde, he has steadily released singles to tease his fans, including 2019's “In My Room” and “DHL.” As far as his next full-length project is concerned, it might find the star taking off his cool. Last year, the singer shared in an interview with Rolling Stone that his next album would be “Detroit, Chicago, techno, house, French electronic” and that it would be a “full motion picture fantasy.” Until he lets that fantasy free, get into these tracks straight outta his feelings.