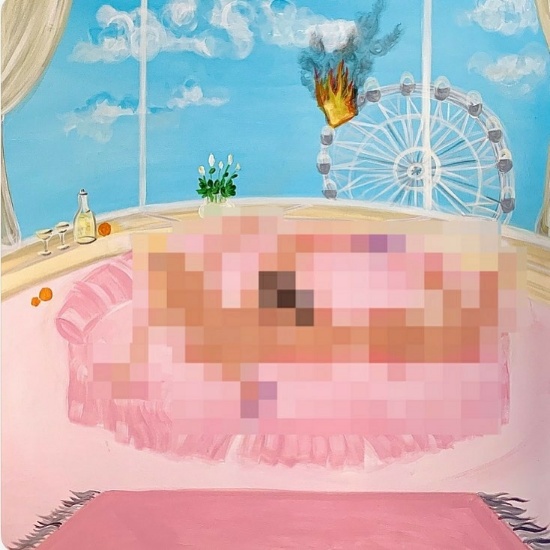 While social distancing has left a lot of folks going stir crazy, some people are choosing to channel their energies into creative pursuits. Singer Kali Uchis is definitely one of those people, using her downtime to record new music. The result is her new four-track EP, TO FEEL ALIVE, which dropped today at the stroke of midnight.

Written, produced and performed entirely by herself, Uchis delivers a solid, albeit short project that finds her examining the thin line between love and hate. It surfaces first on the EP's opener, "honey baby (SPOILED)" as she sings about a current beau who spoils her. As good as things seem to be going between the two, she's still painfully aware of how quickly things can change. "Complement my style and say you like my energy / I hope this lasts a while and you'll never turn an enemy," she sings on the hook.

Things are on the up-and-up on the second track, "angel." Backed by dreamy synths, Uchis is high-flying in the clouds alongside her lover. On "i want war (BUT I NEED PEACE)," she seems to be walking away from a fiery relationship after realizing that it won't serve her peace-of-mind in the long run. "I got needs / yeah I got needs / I want war / But I need peace," she sings plaintively. By the time listeners reach the last song "TO FEEL ALIVE," Uchis has accepted the relationship's demise. "I loved you well just for you to turn into an enemy / I love the smell of you burning your last bridge with me," she sings in the song's opening lines. The wistfulness of her voice on the rest of the EP is replaced by strong resolve as she leaves the past in her rearview mirror.

Kali took to social media earlier this week to announce the EP (and share its risque cover art), revealing that she recorded it over the course of a few days after deciding to put the release of her sophomore album on hold. It's a welcomed surprise that is sure to keep her fans more than happy.