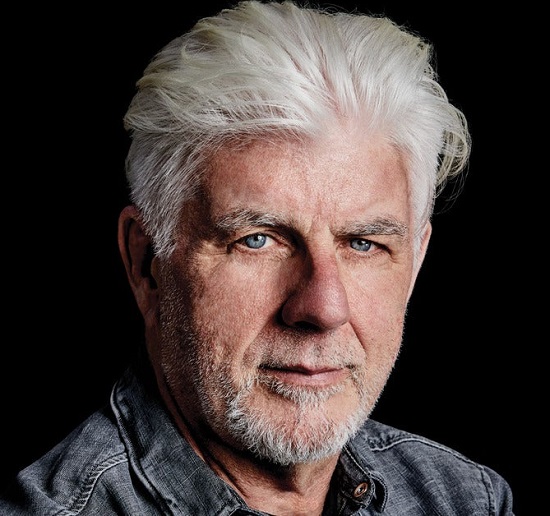 2020 was meant to be a big year for Michael McDonald and the legendary artist isn't letting something like a global pandemic slow him down. The singer is currently preparing to reunite with his band The Doobie Brothers on the road later this year. That reunion will also include the group's induction into the Rock and Roll Hall of Fame (which has been rescheduled for November). On the solo tip, Michael is ready to keep us entertained with a few live covers of soul favorites that he'll be releasing as singles over the coming months. First up is his cover of Marvin Gaye's 50-year-old classic "What's Going On."

This isn't the first time Michael McDonald has covered the song. In fact, he tackled it back in 2004 on his covers album Motown Two. However, Michael is an amazing live performer and this take proves that. He stays true to the song's original arrangement, with the musicians bringing to life its fusion of jazz and R&B. Meanwhile, Michael lends his iconic voice to the proceedings, giving it the same kind of urgency that Marvin Gaye did when the song was first released. Unsurprisingly, the song is as timely ever, with the COVID-19 pandemic only further illustrating its prescience. "It's uncanny and somewhat amazing how great songs or poems relevant to a specific time frame in which they’re written only seem to grow in their profound resonance with the years," he told Rolling Stone, "'What’s Going On' is one of those."

In addition to his cover, Michael also took some time to sit down for NPR Music's Tiny Desk Concert series for a special at-home edition as the world quarantines in the midst of the coronavirus outbreak. Helping to entertain the masses, he dusted off a few of his classics. First up was "Matters Of The Heart," an appropriate selection from his often-overlooked album Blink Of An Eye. He switched things up with two Doobie Brothers classics to round out the set, "Minute By Minute" and "What A Fool Believes." Both songs sounded just as good in this stripped-down form as they have in other iterations.

If you're looking for some classic soul with a bit of yacht rock swing thrown into the mix, you can't go wrong with Michael McDonald. Check out both his live cover of "What's Going On" and his Tiny Desk (Home) Concert right here.


TAGS:  audio, marvin gaye, michael mcdonald", the doobie brothers
Previous: Ledisi Pledges Her Love With ‘Anything For You’ Next: Cleo Sol Shares Beauty & Light With Her ‘Rose In The Dark’