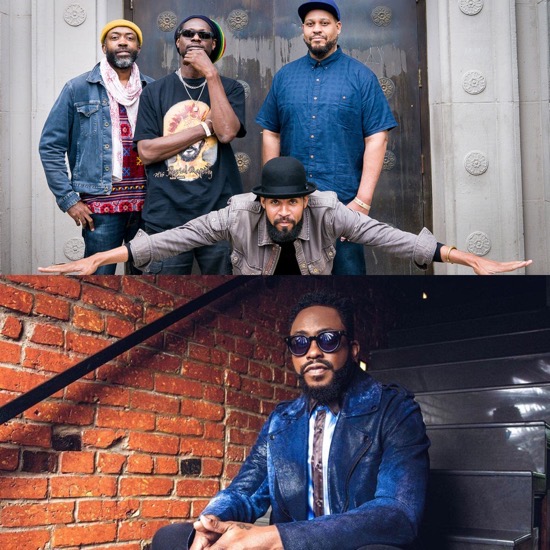 It's been nearly 10 years since the legendary Gil Scott-Heron left us. However, his legacy continues to live on with his extensive catalog of music, poetry and published works. Thanks to D.C.-based reggae band The Archives, that legacy will continue to be celebrated with the release of their tribute album, Carry Me Home: A Reggae Tribute to Gil Scott-Heron & Brian Jackson, which is set to arrive May 27th. For now, they are giving us a taste of what's to come with the Raheem DeVaughn-assisted single "A Toast to the People."

As the album's title indicates, the single is a reggae-infused version of Scott-Heron's 1975 classic alongside his longtime collaborator Jackson. DeVaughn's voice rides the wah wah guitars perfectly while also reminding us that Scott-Heron's lyrics are still just as relevant today as they were almost 50 years ago. For The Archives' founder Darryl "Trane" Burke, transforming the late poet's material into reggae versions was a natural progression that allowed them to also pay homage to the late poet's Jamaican roots via his father, Gilbert Heron, a famous Jamaican soccer player who became the first Black player in Scotland's Celtic league. "I was fortunate to grow up in a home where Gil and Brian's music played often alongside The Wailers, Burning Spear, Steel Pulse and many others," Burke said in a statement. "Reggae is also dubbed 'Island Soul,' which to me makes this a perfect setting to present the music through a different lens while simultaneously highlighting the similarities."

The album's May 27th release date has particular significance to the project since it also marks the ninth anniversary of Scott-Heron's 2011 death. Carry Me Home will be released both digitally and as a limited edition double vinyl LP via Monteserrat House, a label owned by Thievery Corporation's Eric Hilton. In addition to DeVaughn's appearance, the album also has the distinction of featuring appearances by percussionist Larry MacDonald, who was a member of Scott-Heron's band Amnesia Express, and Brian Jackson himself, who appears on several of the tracks. Also featured on the project are Jamaican dub poet Mutabaruka and frequent Thievery Corporation collaborator Puma Ptah, who lends his vocal talents to several of the album's tracks.

Take this soulful twist on "A Toast to the People" for a spin and be sure to pick this album up when it drops next month.