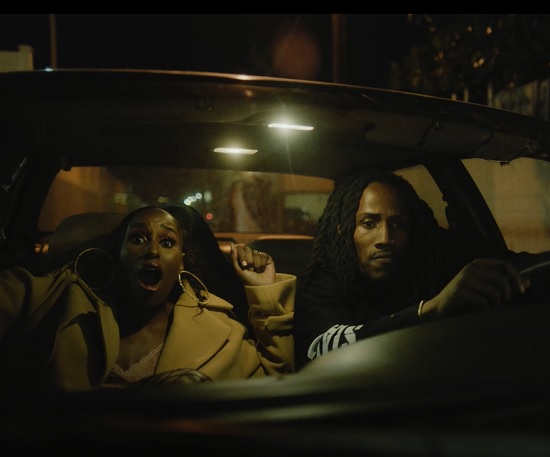 D Smoke has made his mark ever since taking home the win for Netflix's Rhythm & Flow and continues to do so as steam picks up behind his latest project Black Habits. Another sign that he's on the rise is his ability to enlist recognizable stars like Insecure's Issa Rae and well-known character actor Danny Trejo in the cinematic video for the set's latest single "Lights On."

"Lights On" already served as a tribute to the women dancing on the stage at night to keep bills paid and food on the table during the day. The Jack Begert-directed video adds a bit more dimension to the trope while casting Issa in the role of the woman shaking it hard for the money. "We wanted to tell a story without bias, that simply shows a series of events tied to an empowered woman who takes what she wants and is willing to face the consequences that result," D Smoke told Variety about the video.

Allowing the events to unfold in reverse, we first meet Issa's character as she escapes in a car with Smoke and SiR (who happens to sing the hook for his brother on the track). We then rewind back to see what exactly went down. That's how we discover that she actually pulled a stick-up of the shake shack she was working at, explaining why she was being chased and shot at during the start of the clip. We also see how the night began, with her performing her set and getting her cash before pulling her gun out of her purse to get things on and popping.

While shooting a clip in reverse isn't a new concept these days, the use of it here to tell an unexpected story is quite effective. It also highlights not only D Smoke's glow up but Issa Rae's as well (girlfriend has most certainly come a long way from her Awkward Black Girl days). We suggest you grab some popcorn and get cinematic with D Smoke, SiR and Issa Rae while watching "Lights On" below.