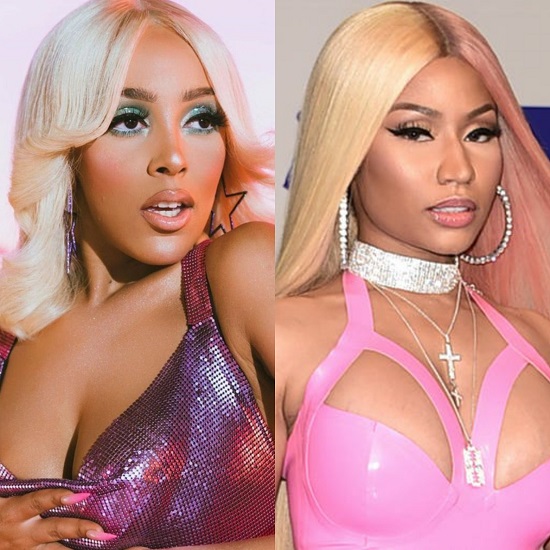 Doja Cat scored an unexpected hit when her disco-leaning bop "Say So." The track not only upped her name recognition, but it also got her invited to new stages — including making her The Tonight Show debut to perform the track for a national audience. To up the song's reach (and possibly secure its position for "song of the summer" status), Doja has linked with Young Money's own Nicki Minaj for the track's official remix.

The new version of the track starts off with promise. We still get the sticky guitar groove of the original and Doja's silky vocals mixed in with a few ad-libs from Miss Minaj. Things take an unexpected turn, though, when Nicki's verse comes in along with an abrupt beat switch that throws everything off-kilter. It's reminiscent of the drum-machine-heavy sounds of '80s rap while mixing some of the song's original elements. Meanwhile, Nicki offers rhymes about her posterior, her baller status, her looks and her bag. Then, as quickly as the new beat came, it confusingly goes back to the original groove permanently, giving Doja a chorus and her rap verse before allowing Nicki to end things with comments about her freak side and her "ass shots" before the beat fades.

"Say So" was already an earworm of a track without Nicki Minaj included and, ultimately, the rapper wasn't needed to spice this one up at all. From the odd beat switch to barely including Doja on her own damn song, this one gets a no from us, dawg. Perhaps you might disagree. To that effect, we encourage you to give this remix a spin and let us know your own thoughts.