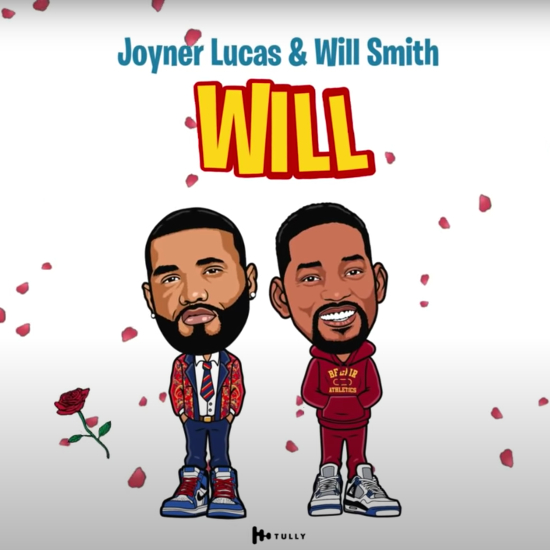 Joyner Lucas recently gave Will Smith all his flowers on his tribute track "Will" and wowed us with the music video where he portrayed iconic characters from Smith's lengthy resume. The O.G. rapper was so flattered that he made a video thanking Joyner, and now he’s taken things a step further by jumping on the official remix to the track.

“Joyner, I know you’re inspired by me like I was inspired by Nelson Mandela,” Smith quips on his "Will (Remix)" verse. Will also name drops more people who inspired him to greatness, like Julius Erving; Muhammed Ali, who Will played in one of his biggest acting roles; his wife Jada Pinkett Smith and his hometown of Philly. But Mr. Big Willie himself does take a moment to pat himself on the back, taking time to humblebrag. “You feelin’ like me? / I feel like a prince that turned to a king / Found me a queen / Started a family and got me a team / On top of my dreams.” Smith spits hot fire while also acknowledging that life wasn’t always a crystal stair and that he's had his own trials and tribulations on his way to the top.

Along with dropping "Will (Remix)," Joyner and Will have also shared an animated video that also serves as a highlight reel of sorts, showing photos and videos both Will's inspirations and accomplishments through the years.

While it’s been 15 years since Will Smith dropped his last album, Lost and Found, on "Will (Remix)" he proves he hasn’t lost his gift and can keep up with the young cats out here today. Give "Will (Remix)" a listen to hear for yourself that Will Smith's still got it and can still get jiggy with it.