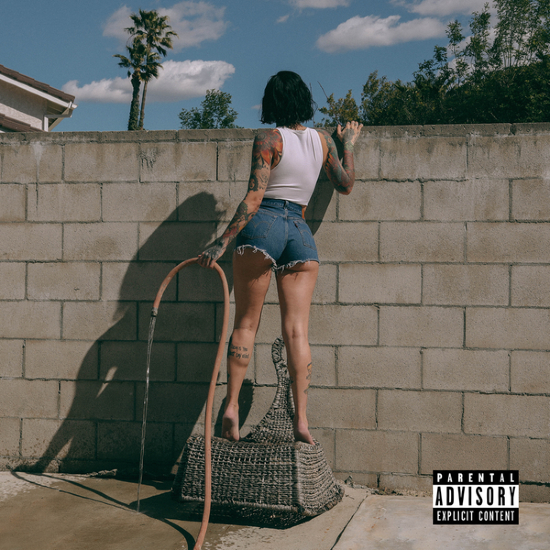 Kehlani Parrish has had a short but very prolific career. Starting out as a reality show competition star on America’s Got Talent with the group PopLyfe, she has since been releasing a new song or mixtape every time you turn around. But she's only released one project that she actually calls an album, 2017's  SweetSexySavage, despite mixtapes that seem like they should be albums. So what makes her sophomore album, It Was Good Until It Wasn’t, so different?

Kehlani’s sound is contemporary R&B that's inspired by the music of the late '90s and early 2000s. This new album lives up to the name of her previous one...but, with one big change. While that album really didn’t deliver on the sexy time, Kehlani more than makes up for it here. The 15-track project is filled with slow jams and mid-tempo thumpers perfect for quarantine and chill or just reflecting on your own relationship highs and lows.

While not every situation discussed on the album seems to be questioning why something bad for you makes you feel so good, it does show a complicated narrative of love, lust and loss. Kehlani sets the mood for the album with opener "Toxic." On the track, she faces the truth about a relationship that’s no good for her even though she can’t deny that the sex is so good. Ty Dolla $ign backs up Kehlani on the song with some sexy harmonies.

Kehlani’s sister in savagery Megan Thee Stallion makes an appearance on the "Hot Girl Skit," with Meg talking cash s**t about how good her stuff is. It’s not quite the collaboration that Megan teased would appear on her BFF’s album, but considering both artists are good for keeping one in the chamber, there’s a good chance they’ll pop up on a track together sooner rather than later. Speaking of good loving, the track "Water" — which is a bit too long to be an interlude but not long enough to be a song — has Kehlani sprung by a lover who makes her love below overflow.

Jhené Aiko jumps on the previously released "Change Your Life" as the two West Coasters attempt to convince the men in their lives to take off their cool and take things to the next level. Jhené states, "I'm not saying that you’re incomplete, just imagine what we’d be if we became one." Kehlani, meanwhile, lets her man know she’ll be his support whether he wants to be a lover, hubby or a chef and "spice it up."

The "Belong To The Streets" skit appeared at the beginning of the video for "Everybody Business" and serves as a great intro to track. Randoms discuss Kehlani’s habit of sharing her relationship in her music and dating so many different people. Kehlani addresses the people who see inside her glass house with an interpolation of Pharrell’s "Frontin'" to present a matter-of-fact-defense against those who clearly don’t understand.

The most unexpected (in a good way) collaboration is with multi-instrumentalist Masego on "Hate The Club." His saxophone against the synth-heavy track underscores Kehlani's frustration in trying to get the attention of a potential bae by getting out of her comfort zone. "Serial Lover" livens things back up with some late '90s Spanish guitar. "Love hard, f**k harder, serial lover," she sings as she embraces being single and mingling with any boy or girl she chooses. This is followed by "F&MU," another sexy mid-tempo number where our girl plays the break up to make up game with her boo.

Things slow back down with Lucky Daye-featuring ballad "Can You Blame Me?" On the track, the two singers discuss their love-hate relationship. Judging by the next track "Grieving," though,  it couldn’t last. While featured guest James Blake doesn’t seem a good fit for contemporary R&B, his vocals and eerie sound fit perfectly. On "Open (Passionate)" Kehlani is on a roller-coaster ride with her feelings for someone new. The album closes with "Lexii’s Outro," a rap cameo that serves as the coda to the project by sharing some good hood wisdom to send Miss Parrish's friends and fans on their merry way.

At one point, we thought the Kehlani’s sophomore album was going to be full of songs dedicated to her recent break with rapper YG. Singles "You Know Wassup" and "Valentine's Day (Shameful)" had the album going towards that direction. But, the artist, who pointed out to us on Twitter that not every song was about that boy, instead gave us a well-balanced, nuanced album about love and relationships that truly lives up to its title.