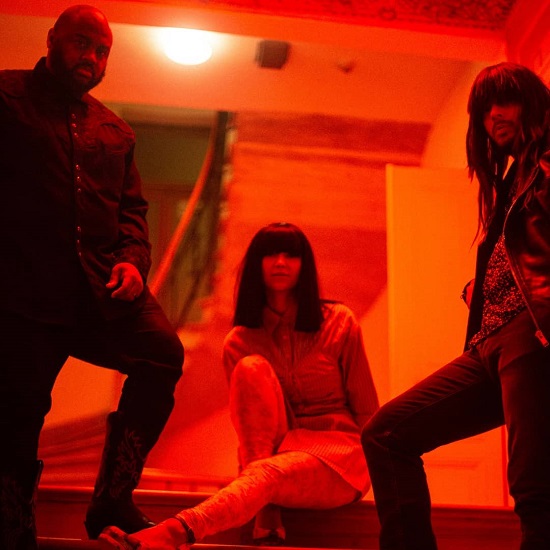 There are a plethora of new releases coming from major and indie acts alike this summer. Please believe that we're making our list and checking it twice. Near the top of ours is eclectic Houston trio Khruangbin, who are set to release their fourth album Mordechai. We've already gotten the first single from the set, "Time (You And I)," and now they present us with their follow up, the sentimental "So We Won't Forget."

"So We Won't Forget" might be the perfect song for this time. It's got a happy, jazzy groove with a sway that's sure to stick in your head. Aiding in that pleasantly relaxing sound is the approach of the group's vocalist Lauren Lee Ochoa, who offers her soothing tone with the song's poetic lyrics. "Ooooo / One to remember / Writing it down now / So we won’t forget," she sings. "Ooooo / Never enough paper / Never enough letters / So we won’t forget."

The song's video picks up on the sentimental thread of the lyrics. We follow a father who has, sadly, lost his little girl. Rather than mourn her, though, he does everything within his power to reunite with her. That includes building a roadside tribute of stuffed animals in her memory. The memorial lands the father in hot water with a police officer who at first tries to comfort him but eventually gets in a slightly bloody fight with the grieving dad. They resolve their differences eventually and the father rides his bike with the memory of his daughter squeezing him tight on his mind. Eventually, the dad and daughter disappear, leaving the officer befuddled until he sees two bright lights traveling in the sky.

"Memory is a powerful thing," Khruangbin told Rolling Stone. "Now more than ever it’s important to tell the people you love that you love them, so that they don’t forget."

You can view the video for "So We Won't Forget" below and look for Mordechai to arrive on June 26th.