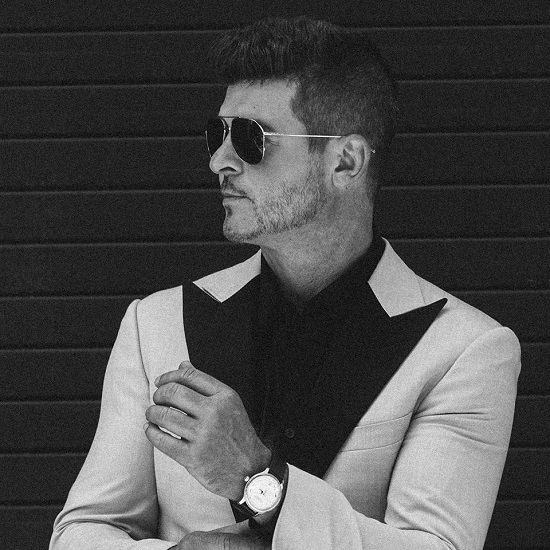 Robin Thicke is always good for a romantic jam. Hell, he's made a career out of well-crafted love songs since he first burst onto the scene in his initial shaggy-haired incarnation. The singer-songwriter is set to drop his newest collection of music and has been releasing singles like "That's What Love Can Do" and "When You Love Somebody" in the lead-up. He's now setting the mood with his latest release, "Forever Mine."

If the title of the song reminds of you The O'Jays, it should. Robin interpolates their classic song of the same name for his latest. In fact, he even nods to it in the song's lyrics, singing "I like what you like, you like what I like" to evoke the '70s soul stunner. Thicke takes things a jazzier route with this one, though. Guitar, brushed snare, soft piano and muted trumpet set the mood. Robin, meanwhile, lays it on pretty thick (no pun intended) with the song's lyrics. "I want you to be / Forever mine / Made for each other / Feels like no other / Once in a lifetime / Can’t let a love like this pass you by," he sings gently with enough conviction to make even the most hard-hearted swoon.

It's been six long years since Paula, which was the last time we got a new album from Robin Thicke. Though he's had his own struggles in the years since, we're looking forward to hearing his musical comeback.