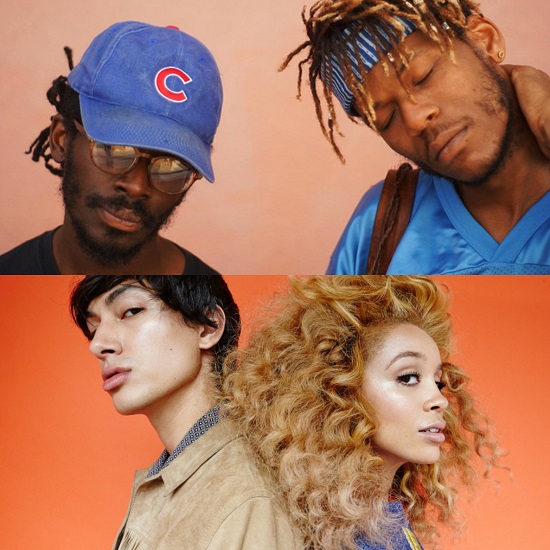 Love is a many splendored thing, or so they say. What they don't say as much is that love can quite often be a b***h. If you spend enough time with anyone you love there will undoubtedly be a time that you don't like them very much. That's the sentiment that has brought together Atlanta-based indie soul duo The Pheels and NYC-representing twosome Lion Babe, who have released their collaboration "Be Like That" to the masses.

"Be Like That" is a smoothed-out and soulful jam all about those days when love doesn't feel quite so loving. "I don't wanna be like that / But some days you make wanna say / Mmm mmm, no no," singers Curtis Fields (who happens to be a Bounce-Worthy alum, by the way) and Jillian Hervey harmonize on the easy-going chorus. The verses tell a different story, however. Curtis goes first as he details how he's feeling and the not-so-cute sayings and nicknames they give each other in the heat of the moment. He also asks a very pertinent question: "Why can't we be friends when we're more than friends?" Jillian then counters, giving us some insight into her point of view — including how tired she is of waiting on a key to his humble abode.

Despite the rancor discussed in the song, the two duos have a great chemistry between them. In fact, they showcased their working relationship in a video posted to Twitter just before the song's release. With such a wonderful song coming from the sessions, we hope it's not an isolated occurrence. Get into The Pheels and Lion Babe on their new collaboration and look for it to appear on The Pheels' new LP MatterFact when it arrives in June.


TAGS:  audio, Curtis Fields, Jillian Hervey, Lion Babe, The Pheels
Previous: Lloyd Teams Up With Teddy Riley For Some Baby-Making Magic On ‘Slow Wine Bass Line’ Next: Teyana Taylor Says ‘Bare Wit Me’ As She Holds A Virtual Graduation For The Class Of 2020 In ‘Made It’