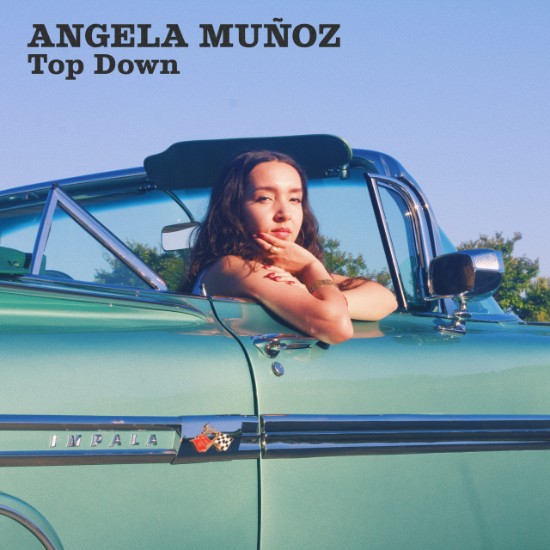 Few have mastered the art of tackling age-appropriate subject matter while maintaining a level of maturity that appeals to the masses like Angela Muñoz. With vocal talent and a pen that far surpasses her peers, we sometimes have to remind ourselves that she’s not yet old enough to sip the glass of wine that pairs perfectly with her signature brand of sophisticated soul. Her latest single “Top Down” exemplifies the type of longing and vulnerability folks twice her age can relate to. Alongside her acoustic guitar, she sings of a crush she deems to be out of her league. Though she gushes over his dreamy eyes and magnetic charm, she notes this romance will never be realized as she sings, “I keep it cool so you never know / These things I feel for you ohhh / But I keep finding you just wandering and in my mind / By the way cause I know I ain't your type.”

If “Top Down” feels like a journal entry, it’s because it is indeed a recollection of someone from her past. She says she wrote the song about a high school crush. “He was a mystery. Somehow, I found out he drove a convertible. One day after school, I saw him driving it with my own eyes.” However, it wasn’t his flash or style that grabbed and held her attention. She remembers, “He wasn’t the type of person that would flex his car or his looks. That’s what I admired most about him. All the girls wanted him and by knowing that, I knew I wouldn’t stand a chance.”

Take a stroll down infatuation's memory lane and listen to “Top Down” by Angela Muñoz right here. The track marks the fourth single from her forthcoming debut album Introspection, which is available now for pre-order and due out on June 26th via Adrian Younge’s Linear Labs label.


TAGS:  adrian younge, Angela Munoz, audio
Previous: Sons Of The James Make Us ‘Happy’ With ‘Things I Should Have Said’ Next: Love’s Emotional Rollercoaster Has Izzy Bizu ‘Faded’