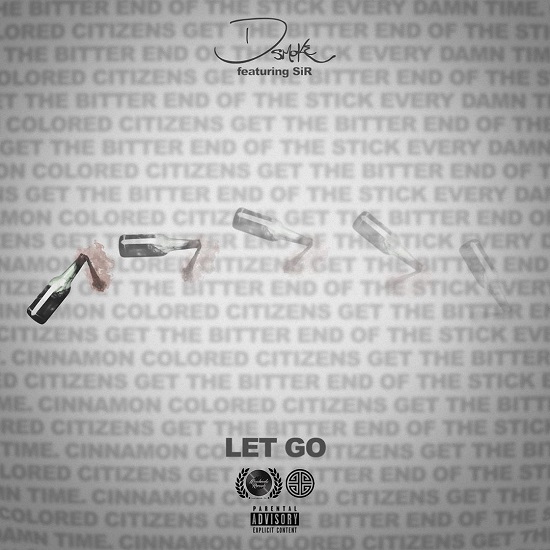 The past week has been a difficult one for Black Americans as, during a pandemic that has taken siege of the world, they were forced to go out and protest the continued murder of our brothers and sisters and the hands of police. Spurred by the murder of George Floyd and countless others, protests and rebellions have broken out across the country and the world, prompting many to contemplate what the hell is going on. musical brothers D Smoke and SiR are two artists grappling with the idea of fighting centuries-old battles while dealing with a brand-new threat with their latest collaboration "Let Go."

"Let Go" finds D Smoke venting about the goings-on of the world. He comments on the now-commonplace Zoom graduations having to take place due to COVID-19. He also touches on the hostilities boiling over in light of the racially charged instances of injustice in the news. "They could pull the trigger, family can't afford to pay the lawyer / Say the word / They tell me you got the access to a league of warriors / Eyes haven't seen what heaven keeps in store for us / There's more of us," he spits at one point. "But in this life some wars we can't avoid / I wrote this the day they killed George Floyd / We won't forget your story." Meanwhile, SiR offers a voice of calm and peace as he sings on the chorus, "I reach out despite the feeling they out to kill us / Get rowdy 'bout the Pesos / The solution for this whole institution / Just to breathe, we need to let go."

After the song's release, D Smoke took to Instagram to voice what he's feeling at this moment in America. "As a Black man, I'm fed up. As an educator, I'm hurting that incidents like that of George Floyd suggest to our youth that our lives are expendable," he wrote on the platform. "I just hope that those with the experience and strategy to lead effective, meaningful movements aren't silenced by the rage and that when the smoke clears and the property value drops, we buy the land."

We all need a healing and that healing can't start until true justice is granted in this so-called land of the free. However, we're grateful that we have artists like D Smoke and SiR who are trying to help us cope with the madness as they grapple with it themselves.