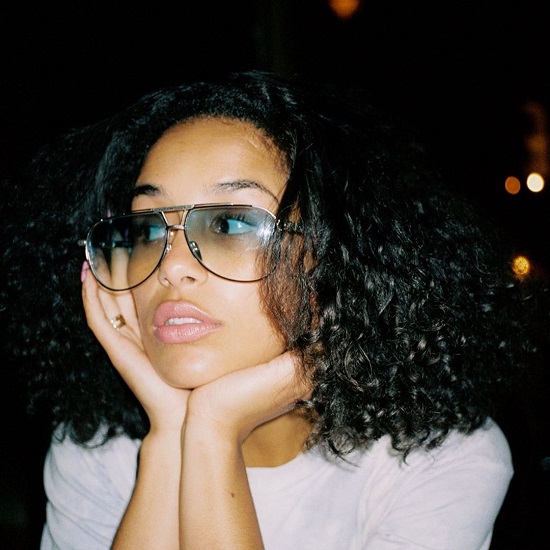 Blue Note has been a label synonymous with exemplary jazz music almost since the label's inception more than 80 years ago. Because of that, its vaults are deep with classic material from greats of that genre (as well as a few others, if we're keeping it all the way real). The label is once again digging in its own crates for upcoming compilation album Blue Note Re:imagined, which finds rising UK talent reworking some of that material. Our first listen to the project comes with Jorja Smith, who has re-recorded St. Germain's "Rose Rouge."

For those unfamiliar with the song, it hails from St. Germain's 2000 album Tourist and features a sample of Marlena Shaw's song  "Woman Of The Ghetto." Jorja's take incorporates a live band that expertly recreates the instrumentation of the original. She sings the sampled vocal live this time, her unique voice adding a modern spin. She also includes vocal ad-libs that dance around and through the tightly arranged drums and horns of the song, creating an entrancing vibe that curls around the listener like smoke and lingers just the same.

Jorja will be joined on the album by many of her peers — including Poppy Ajudha, Ezra Collective, Alfa Mist, Jordan Rakei, Emma-Jean Thackray — who will be performing new versions of classic songs by greats like Herbie Hancock and Wayne Shorter.

"Honoured to be involved on this Blue Note album to rework St Germain’s anthem 'Rose Rouge,'" Jorja said of her inclusion on the project. "And with such an array of wonderful musicians on the album, including my brothers Ezra Collective."

If you can't get enough of Jorja Smith and her take on "Rose Rouge," it's available for purchase right now. Blue Note Re:imagined is available for pre-order now and will be released on September 25th. Expect more singles from the project to be released throughout the summer.