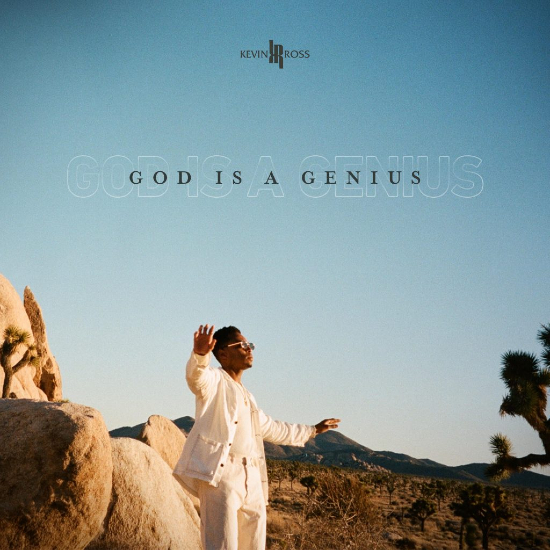 Singer-songwriter Kevin Ross wants to give praise to the almighty on his new single “God Is A Genius.” But, while the track might have our Lord and Savior's name in the title, the song isn't one you'll hear in church but instead finds Ross waxing poetic about the blessing of love. “Don’t be confused by the title, it’s not a gospel record. This song is for everyone who believes in love," he says of the single via press release.

On "God Is A Genius," Kevin gives all honor to the Supreme Being for bringing him and his love together. “God must be a genius / Or me and you wouldn’t be here / I know this was heaven-sent / I don’t believe in coincidence,” he sings of their love that is so special it's a part of God’s grand design. While Kevin makes a huge claim, we’re willing to listen because of the breezy track full of electric guitar, bass, live drums and his hypnotizing harmonies that sound ripped from the mouths of the angels themselves.

“God Is a Genius” is the first single from Kevin Ross’ upcoming EP, Audacity, Vol. 2. Whether you're in love, in like or just need a song to take your mind off the worries of the world, this song is right on time.